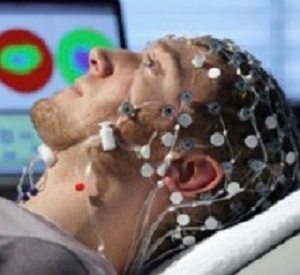 Sleep deprivation – typically administered in controlled, inpatient settings – rapidly reduces symptoms of depression in roughly half of depression patients, according the first meta-analysis on the subject in nearly 30 years, from researchers at the Perelman School of Medicine at the University of Pennsylvania. Partial sleep deprivation (sleep for three to four hours followed by forced wakefulness for 20-21 hours) was equally as effective as total sleep deprivation (being deprived of sleep for 36 hours), and medication did not appear to significantly influence these results.

Although total sleep deprivation or partial sleep deprivation can produce clinical improvement in depression symptoms within 24 hours, antidepressants are the most common treatment for depression. Such drugs typically take weeks or longer to experience results, yet 16.7% of 242m US adults filled one or more prescriptions for psychiatric drugs in 2013. The findings of this meta-analysis hope to provide relief for the estimated 16.1m adults who experienced a major depressive episode in 2014.

Previous studies have shown rapid antidepressant effects from sleep deprivation for roughly 40%-60% of individuals, yet this response rate has not been analysed to obtain a more precise percentage since 1990 despite more than 75 studies since then on the subject.

"More than 30 years since the discovery of the antidepressant effects of sleep deprivation, we still do not have an effective grasp on precisely how effective the treatment is and how to achieve the best clinical results," said study senior author Dr Philip Gehrman, an associate professor of psychiatry and member of the Penn Sleep Centre, who also treats patients at the Cpl Michael J Crescenz VA Medical Centre. "Our analysis precisely reports how effective sleep deprivation is and in which populations it should be administered."

Reviewing more than 2,000 studies, the team pulled data from a final group of 66 studies executed over a 36-year period to determine how response may be affected by the type and timing of sleep deprivation performed (total vs early or late partial sleep deprivation), the clinical sample (having depressive or manic episodes, or a combination of both), medication status, and age and gender of the sample. They also explored how response to sleep deprivation may differ across studies according to how "response" is defined in each study.

"These studies in our analysis show that sleep deprivation is effective for many populations," said lead author Dr Elaine Boland, a clinical associate and research psychologist at the Cpl Michael J Crescenz VA Medical Centre. "Regardless of how the response was quantified, how the sleep deprivation was delivered, or the type of depression the subject was experiencing, we found a nearly equivalent response rate."

The authors note that further research is needed to identify precisely how sleep deprivation causes rapid and significant reductions in depression severity. Also, future studies are needed to include a more comprehensive assessment of potential predictors of treatment outcome to identify those patients most likely to benefit from sleep deprivation.