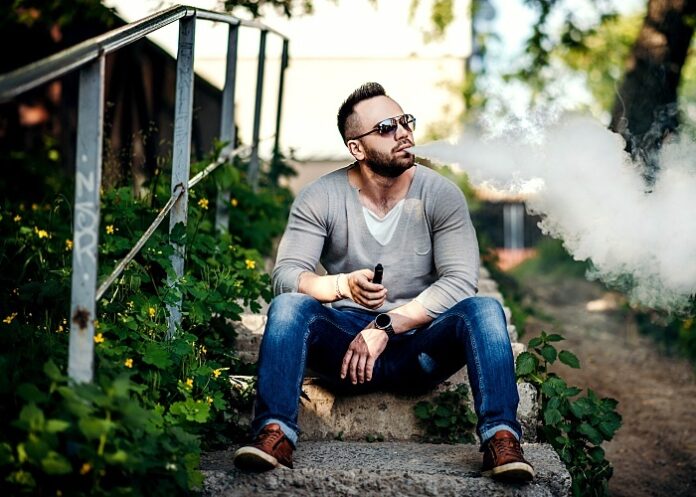 There is moderate‐certainty evidence that people who switched from cigarettes to heated tobacco had lower levels of exposure to harmful chemicals  and very low- to moderate- certainty evidence of higher exposure to toxins than those who stopped using tobacco altogether, found a study published in Cochrane Database of Systematic Reviews.

Heated tobacco products are often marketed as a healthier alternative to cigarettes but questions remain about their effects on cigarette smoking and health, write Harry Tattan-Birch and Jamie Brown from University College London, and Jamie Hartmann-Boyce from the University of Oxford, in The Conversation. They assess the results of an research review.

Heated tobacco products are designed to heat tobacco without burning it or producing smoke, and they are now available in many countries. The popularity of these products soared in Japan after the release of an electronic device called IQOS in 2016.

Our new review covers data from 11 studies with more than 2,600 people. The headline finding is that people who switched from cigarettes to heated tobacco had lower levels of exposure to harmful chemicals than those who kept smoking, but higher levels of these toxins than those who stopped using tobacco altogether.

This lower exposure was found across a number of harmful substances linked to cancers, heart disease and respiratory problems. This means it is possible that switching from cigarettes to heated tobacco could reduce the odds of developing these diseases, but we don’t have enough data yet to be sure. The studies were all of short duration, and it typically takes a while for people to develop tobacco-related diseases.

That said, the evidence so far is consistent with how uniquely dangerous smoking is. We know that most of the harmful effects of cigarettes – which kill half of all regular smokers – come from inhaling toxic chemicals made by burning tobacco. As heated tobacco products are designed to avoid burning tobacco, we’d expect them to pose a lower risk.

On the other hand, it is possible that sales of cigarettes fell because most people cut down without stopping altogether. The greatest improvements in health come from stopping smoking altogether rather than smoking fewer cigarettes.

How they compare with e-cigarettes

There are large differences in the science and regulation of these products. E-cigarettes have been on the market for longer than heated tobacco, so we have more evidence about their benefits and harms.

Unlike heated tobacco, e-cigarettes have been shown to help people stop smoking normal cigarettes. In the not-too-distant future, the UK may even offer e-cigarettes to those who wish to quit smoking, as long as the products pass the necessary regulatory hurdles.

Yet some countries, including Japan, have imposed restrictions that have essentially banned the sale of nicotine e-cigarettes, while heated tobacco products remain widely available. This may explain why heated tobacco has taken off in Japan; it’s the only potentially lower-risk alternative to cigarettes available.

Heated tobacco use remains rare in countries like the United Kingdom and United States, where the e-cigarette market was already well-established by the time IQOS launched.

The search for a less harmful cigarette

Tobacco companies have claimed to be searching for decades for a less harmful cigarette. Some attempts, including adding ventilation holes to cigarette filters, have caused more harm.

The e-cigarette was the first non-medical nicotine alternative to cigarettes that appealed widely to smokers around the globe. But e-cigarettes don’t contain tobacco and many manufacturers are unconnected to cigarette companies.

Many tobacco companies instead focused on developing heated tobacco devices, a market over which they could maintain greater control through patents.

In 2014, with the introduction of IQOS to test markets by Philip Morris International, sales increased quickly in Japan and South Korea, and other tobacco companies introduced their own electronic heated tobacco devices. Some of the most popular today are glo by British American Tobacco and Ploom by Japan Tobacco International.

Much of the research into the safety of heated tobacco comes from Philip Morris International, which applied for IQOS to be sold as a “reduced exposure” and “reduced risk” tobacco product in the US.

In 2019, the US Food and Drug Administration (FDA) allowed IQOS to be marketed as a reduced exposure product. Their review concluded that “switching completely from conventional cigarettes to the IQOS system significantly reduces your body’s exposure to harmful or potentially harmful chemicals”.

The reduced risk application failed, because “the evidence is not sufficient to demonstrate substantiation of either of the claims about the reduced risk of tobacco-related disease or harm”.

We need more evidence to be sure about how using heated tobacco affects people’s health.

This article is republished from The Conversation under a Creative Commons license. See the link to the original article below.

Published in the Cochrane Database of Systematic Reviews on 6 January 2022.

Heated tobacco products (HTPs) are designed to heat tobacco to a high enough temperature to release aerosol, without burning it or producing smoke. They differ from e‐cigarettes because they heat tobacco leaf/sheet rather than a liquid. Companies who make HTPs claim they produce fewer harmful chemicals than conventional cigarettes.

Some people report stopping smoking cigarettes entirely by switching to using HTPs, so clinicians need to know whether they are effective for this purpose and relatively safe.

Also, to regulate HTPs appropriately, policy-makers should understand their impact on health and on cigarette smoking prevalence.

To evaluate the effectiveness and safety of HTPs for smoking cessation and the impact of HTPs on smoking prevalence.

We searched the Cochrane Tobacco Addiction Group's Specialised Register, CENTRAL, MEDLINE, and six other databases for relevant records to January 2021, together with reference‐checking and contact with study authors and relevant groups.

We included randomised controlled trials (RCTs) in which people who smoked cigarettes were randomised to switch to exclusive HTP use or a control condition. Eligible outcomes were smoking cessation, adverse events, and selected biomarkers.

RCTs conducted in clinic or in an ambulatory setting were deemed eligible when assessing safety, including those randomising participants to exclusively use HTPs, smoke cigarettes, or attempt abstinence from all tobacco. Time‐series studies were also eligible for inclusion if they examined the population‐level impact of heated tobacco on smoking prevalence or cigarette sales as an indirect measure.

We followed standard Cochrane methods for screening and data extraction.

Our primary outcome measures were abstinence from smoking at the longest follow‐up point available, adverse events, serious adverse events, and changes in smoking prevalence or cigarette sales. Other outcomes included biomarkers of harm and exposure to toxicants/carcinogens (eg NNAL and carboxyhaemoglobin (COHb)).

We used a random‐effects Mantel‐Haenszel model to calculate risk ratios (RR) with 95% confidence intervals (CIs) for dichotomous outcomes. For continuous outcomes, we calculated mean differences on the log‐transformed scale (LMD) with 95% CIs. We pooled data across studies using meta‐analysis where possible.

We included 13 completed studies, of which 11 were RCTs assessing safety (2,666 participants) and two were time‐series studies. We judged eight RCTs to be at unclear risk of bias and three at high risk. All RCTs were funded by tobacco companies. Median length of follow‐up was 13 weeks.

There was insufficient evidence for a difference in risk of adverse events between smokers randomised to switch to heated tobacco or continue smoking cigarettes, limited by imprecision and risk of bias (RR 1.03, 95% CI 0.92 to 1.15; I2 = 0%; 6 studies, 1,713 participants).

There was insufficient evidence to determine whether risk of serious adverse events differed between groups due to very serious imprecision and risk of bias (RR 0.79, 95% CI 0.33 to 1.94; I2 = 0%; 4 studies, 1472 participants).

There was insufficient evidence for a difference in risk of adverse events in smokers randomised to switch to heated tobacco or attempt abstinence from all tobacco, limited by risk of bias and imprecision (RR 1.12, 95% CI 0.86 to 1.46; I2 = 0%; 2 studies, 237 participants).

Five studies reported that no serious adverse events occurred in either group (533 participants). There was moderate‐certainty evidence, limited by risk of bias, that urine concentrations of NNAL at follow‐up were higher in the heated tobacco use compared with abstinence group (LMD 0.50, 95% CI 0.34 to 0.66; I2 = 0%; 5 studies, 382 participants).

In addition, there was very low‐certainty evidence, limited by risk of bias, inconsistency, and imprecision, for higher COHb in the heated tobacco use compared with abstinence group for intention‐to‐treat analyses (LMD 0.69, 95% CI 0.07 to 1.31; 3 studies, 212 participants), but lower COHb in per‐protocol analyses (LMD −0.32, 95% CI −1.04 to 0.39; 2 studies, 170 participants). Evidence concerning additional biomarkers is reported in the main body of the review.

Data from two time‐series studies showed that the rate of decline in cigarette sales accelerated following the introduction of heated tobacco to market in Japan. This evidence was of very low‐certainty as there was risk of bias, including possible confounding, and cigarette sales are an indirect measure of smoking prevalence.

No studies reported on cigarette smoking cessation, so the effectiveness of heated tobacco for this purpose remains uncertain. There was insufficient evidence for differences in risk of adverse or serious adverse events between people randomised to switch to heated tobacco, smoke cigarettes, or attempt tobacco abstinence in the short‐term.

The rate of decline in cigarette sales accelerated after the introduction of heated tobacco to market in Japan but, as data were observational, it is possible other factors caused these changes. Moreover, falls in cigarette sales may not translate to declining smoking prevalence, and changes in Japan may not generalise elsewhere.

To clarify the impact of rising heated tobacco use on smoking prevalence, there is a need for time‐series studies that examine this association.