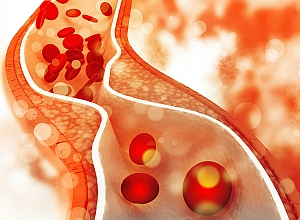 Inclisiran, administered through twice-yearly injections, saw cholesterol levels fall by half in an Imperial College London study. Under a British NHS plan, the gene-silencing treatment will replace daily statins when rolled out to those who have already had a heart attack or stroke.

British health officials said in a Daily Telegraph report that the twice-yearly injections were “revolutionary” and could save up to 30,000 lives in the next decade, by preventing 55,000 heart attacks and strokes.

The gene-silencing treatments have been found to halve levels of “bad cholesterol” in as little as two weeks, meaning those with heart disease no longer have to take daily statins.

New draft guidance from the National Institute for Health and Care Excellence (Nice) said the jabs should initially target those who have already had a heart attack or stroke. But experts hope that ultimately the radical treatment could replace statins for more and more people.

Heart disease is the second biggest cause of death in the UK.  More than two in five adults have raised cholesterol levels, putting them at significant risk of heart attack or stroke. This can build up inside blood vessel walls, making them narrower and reducing blood flow to the heart or brain, increasing the risk of a heart attack or stroke.

Normally, such patients take statins, which stop the liver producing as much cholesterol. Around eight million adults in Britain take these every year.

Health chiefs said the deal agreed between the NHS and Novartis, manufacturers of the jabs, would help 300,000 patients over the next three years, and could reach half a million people soon after. In some cases, the treatment will be given on top of statins, where the daily pills are unable to control cholesterol levels.

Research by Imperial College London has found that those given the treatment, called inclisiran, saw levels fall by half. The result was maintained simply by having a jab every six months.

The Telegraph adds that under the new NHS plans, inclisiran will be given as an injection in GP surgeries across England, with a second dose three months later and then twice a year thereafter.

The drug is the first of a new type of cholesterol-lowering treatment that uses RNA interference (RNAi) to help the liver remove harmful cholesterol from the blood.

Nice said the latest trials found it could lower levels when other treatments have failed to bring them down sufficiently. The health watchdog said it was considered cost-effective in people who have previously had a heart attack or stroke and whose cholesterol levels stayed high, despite medication. Nice also recommended that the drug could be offered to those without such a history, as part of research trials.

Objectives
The purpose of this study was to conduct a patient-level pooled analysis from 3 phase 3 studies of inclisiran.

Methods
Participants with heterozygous familial hypercholesterolemia (ORION-9 [Trial to Evaluate the Effect of Inclisiran Treatment on Low Density Lipoprotein Cholesterol (LDL-C) in Subjects With Heterozygous Familial Hypercholesterolemia (HeFH)]), atherosclerotic cardiovascular disease (ASCVD) (ORION-10 [Inclisiran for Participants With Atherosclerotic Cardiovascular Disease and Elevated Low-density Lipoprotein Cholesterol]), or ASCVD and ASCVD risk equivalents (ORION-11 [Inclisiran for Subjects With ASCVD or ASCVD-Risk Equivalents and Elevated Low-density Lipoprotein Cholesterol]) taking maximally tolerated statin therapy, with or without other LDL-C–lowering agents, were randomly assigned in a 1:1 ratio to receive either inclisiran or placebo, administered by subcutaneous injection on day 1, day 90, and every 6 months thereafter for 540 days.

Safety was similar in both groups. Treatment-emergent adverse events at the injection site were more frequent with inclisiran than placebo (5.0% vs. 0.7%), but were predominantly mild, and none were severe or persistent. Liver and kidney function tests, creatine kinase values, and platelet counts did not differ between groups.

Conclusions
These pooled safety and efficacy data show that inclisiran, given twice yearly in addition to maximally tolerated statin therapy with or without other LDL-C lowering agents, is an effective, safe, and well-tolerated treatment to lower LDL-C in adults with heterozygous familial hypercholesterolemia, ASCVD, or ASCVD risk equivalents.

Noakes' defender says statins are a 'crime against humanity'

Top medical journals in a bitter battle over statins