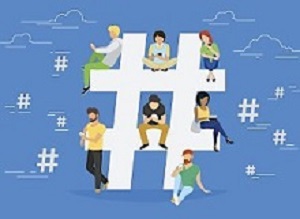 I saw the future of political reporting half a dozen years ago, writes David von Drehle for The Washington Post, and I’ve been hoping to unsee it ever since. Twitter has become the crystal meth of newsrooms – a drug that insinuates itself into journalists’ vulnerabilities only to leave us toothless and disgraced.

In the final week of August 2012, after Tropical Storm Isaac delivered a scouring rain to Florida’s Gulf Coast, an army of scribes and pundits wilted in the humid aftermath at the gates of the Republican National Convention in Tampa.

A presidential nominating convention is not the best place to find political insights, but it’s not the worst, either. One can learn something about up-and-comers by sampling the speeches that drone on all afternoon and evening.

Nuggets can be mined from interviews with delegates. Most of all, a reporter can perhaps glimpse the nominee’s inner self – not in what they show so much as how they choose to show it – explains Von Drehle in The Washington Post.

“But in the coolness of the press section of what was then known as the Tampa Bay Times Forum, I observed something I’d never seen in seven prior conventions. The seats were filled, but hardly anyone glanced at the stage or the delegates.

“My colleagues had their laptops opened to their TweetDecks. Side by side in the dim glow of their screens, they monitored each bon mot and burp of Twitter’s commentary on events.

“Now, obviously: Old fogey alert. Apply your geezer filter as you see fit. In that moment, I had a bad feeling about Twitter, and little has happened in the ensuing years to make me feel any better. Twitter is the crystal meth of newsrooms – a drug that insinuates itself into our vulnerabilities only to leave us toothless and disgraced.”

What are these vulnerabilities? Von Drehle asks.

“For one, many journalists are surprisingly shy. We chose a trade that involves watching and witnessing rather than risking and daring. For many of us, the most difficult part of the job is ringing the doorbell of a bereaved family or prying into the opinions of unwelcoming strangers.

“Twitter has created a seductive universe in which the reactions of a virtual community are served up in neatly quotable bits without need for uncomfortable personal interactions.

“For another, many journalists are these days under intense pressure to produce quick “takes” on the news to drive website traffic. Twitter offers the amphetamine hit that makes such pressure survivable. No reporter can go to the scene of a dozen events per day, observe what happens, interview those affected, sort the meaning from the dross and file a story.

“A third vulnerability is our smart-alec gene. I’m not sure why journalism exerts such a pull on kids with the sharpest wisecracks, but if you spend five minutes in a stadium press box or aboard a campaign bus, you’ll see those kids grown up.

“On Twitter, a perfect cynical comment or comeback can be savoured and shared by thousands. Pre-Twitter, the same gem might have found only a paltry few listeners to enjoy it,” Von Drehle continues in The Washington Post

“So it is no surprise that Twitter addiction is rampant among journalists. But the root of any addiction lies in the gap between the drug’s world and the real world.

“My colleagues in Tampa were like experimental teens, enjoying the buzz of Twitter’s reaction to the convention instead of witnessing the actual convention itself. Harmless enough, perhaps, when the real-world event is Ann Romney’s tribute to her husband, Mitt.

“But there’s a direct line from the TweetDecks of 2012 to the widespread failure of political journalism to understand the Donald Trump campaign four years later.

“Too many of us covered Twitter’s reaction to Trump, instead of covering the ideas and impulses of the voters he was reaching. Whether by instinct or intention, Trump stoked the addiction by fuelling Twitter with red meat and steroids.

“Now the problem is full-blown. Respected journalists can spend a week debating the expression on a 16-year-old boy’s face in a video snippet of uncertain provenance and unknown context,” writes Von Drehle.

“They can assert that “the world” was rattled by a minor confrontation at the Lincoln Memorial, proving only how deeply they’ve confused the bot-infested echo chamber of Twitter with the world at large. That’s addiction talking.

“They can pore over hours of cell phone video, as though enough video might somehow put them at the scene. I frequently hear that Twitter must clean up its platform. I’m reminded of our endless wars against drug cartels. Let Americans stop using and – voila! – problem solved.

* David von Drehle is an American author and a columnist for the Washington Post. His article was published on Gulf News.