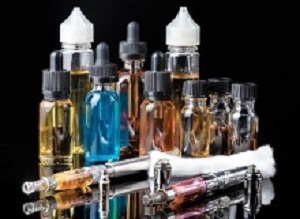 E-cigarettes pose a tiny percent of the risk of cigarette smoking, just 1% to 5% according to authorities like the United Kingdom government, writes Michelle Minton for InsideSources. That could mean the difference between life and death for the half million Americans and seven million people worldwide who die of smoking-related illness every year.

Even if it turns out that e-cigarettes convey small long-term risks, those products should remain an option for smokers who haven’t been able to kick their more deadly habit and haven’t had luck with prescription drugs, patches, gums or lozenges, argues Minton, a fellow at the Competitive Enterprise and consumer policy expert.

Why, then, do government agencies and certain health activists focus more on scaring people about the unknown risks of e-cigarettes than helping them understand the relative risks of vaping compared to smoking?

The unfortunate truth is that many of these groups may be letting their need for headlines and fundraising interfere with their genuine goal of improving public health.

To the general public, there seems to be a consensus on the dangers of e-cigarettes. Government agencies like the Food and Drug Administration and the Centers for Disease Control and activist groups like American Cancer Society and the Campaign for Tobacco-Free Kids have all reached the same conclusion: e-cigarette use is “epidemic” among teenagers and this is terrible for public health.

But, what most people don’t know is that these groups did not independently come to the same conclusion based on analysis of evidence. Rather, they have worked together to hype unfounded fears, promote shared policy goals, boost each other’s clout, and pad their coffers.

The facts on are not on the side of anti-vaping activists.

There is no epidemic in teen vaping. The latest survey data from the Centers for Disease Control only reveals any e-cigarette use in the last month, but previous data showed that fewer than 6 percent of teens (including 18 year olds, who can legally purchase e-cigarettes) vaped habitually (20-30 days a month). That means over 94 percent of teens are not regularly vaping.

Furthermore, CDC data does not tell us how many of these teenage vapers are using nicotine, but previous research found most of them were not. It also doesn’t say what percentage of teen e-cigarette users had never smoked, a number previous research puts at less than 1 percent.

More important, the latest CDC data reveal nothing about underage smoking,which is the single most important data point in evaluating the harms or benefits of teenage vaping. Since the introduction of e-cigarettes to the U.S. market, adolescent use of cigarettes has more than halved, from 15.8 percent in 2011 to 7.6 percent in 2017. Rather than e-cigarettes acting as a gateway to smoking, as is assumed by government and advocacy groups, this indicates that teenage e-cigarette use is more likelydiverting would-be smokers toward a less harmful means of nicotine consumption and potentially away from nicotine consumption altogether.

Meanwhile, smoking is the leading cause of preventable death in America, according to the CDC, responsible for more than 480,000 deaths per year in the United States. By the government’s own estimates, more than 16 million Americans live with a disease caused by smoking, like cancer, heart disease, stroke, lung diseases, diabetes and chronic obstructive pulmonary disease (which includes emphysema and chronic bronchitis).

If e-cigarettes can help smokers make the switch and save them from disease and death, as research increasingly proves, isn’t that something we ought to celebrate? Instead, activists are ever-more insistent in demanding restrictions or bans on the availability of e-cigarettes, even though they know making e-cigarettes harder to buy or less palatable (by eliminating flavors) will result in fewer smokers switching.

While one can understand the concern over adolescent nicotine use, the relatively minor risk it poses to the small percentage of teens vaping does not warrant sacrificing the many adult smokers at risk of serious illness and death. The math simply doesn’t add up if the goal is to improve public health.

Anyone concerned about public health should be looking for effective, innovative ways to encourage smoking cessation or at least lower-risk products. Substituting e-cigarettes for smoking could prevent up to 7 million premature deaths in the United States, according to research-driven estimates. That’s why the hyped headlines and rhetoric about e-cigarettes and the recent FDA ban on e-cigarettes sales in convenience stores are so problematic.

Government bans and restrictions on e-cigarettes may help government agencies and advocacy groups get millions of dollars in tax money, but they don’t help save lives.