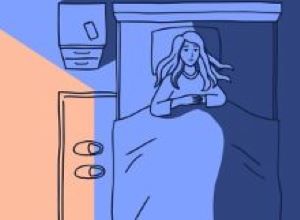 Weighted blankets are a safe and effective intervention in the treatment of insomnia, according to a randomised, controlled Swedish study among insomnia researchers patients with psychiatric disorders. The study found that the subjects experienced reduced insomnia severity, improved sleep and less daytime sleepiness when sleeping with a weighted chain blanket.

Results of the study show that participants using the weighted blanket for four weeks reported significantly reduced insomnia severity, better sleep maintenance, a higher daytime activity level, and reduced symptoms of fatigue, depression and anxiety. Participants in the weighted blanket group were almost 26 times more likely to experience a decrease of 50% or more in their insomnia severity compared with the control group, and they were nearly 20 times more likely to achieve remission of their insomnia. Positive results were maintained during a 12-month, open follow-up phase of the study.

“A suggested explanation for the calming and sleep-promoting effect is the pressure that the chain blanket applies on different points on the body, stimulating the sensation of touch and the sense of muscles and joints, similar to acupressure and massage,” said principle investigator Dr Mats Alder, consultant psychiatrist in the department of clinical neuroscience at the Karolinska Institutet in Stockholm, Sweden. “There is evidence suggesting that deep pressure stimulation increases parasympathetic arousal of the autonomic nervous system and at the same time reduces sympathetic arousal, which is considered to be the cause of the calming effect.”

Participants were randomized to sleep for four weeks at home with either a chain-weighted blanket or a control blanket. Participants assigned to the weighted blanket group tried an 8-kilogram (about 17.6 pounds) chain blanket at the clinic. Ten participants found it to be too heavy and received a 6-kilogram (about 13.2 pounds) blanket instead. Participants in the control group slept with a light plastic chain blanket of 1.5 kilograms (about 3.3 pounds). Change in insomnia severity, the primary outcome, was evaluated using the Insomnia Severity Index. Wrist actigraphy was used to estimate sleep and daytime activity levels.

“I was surprised by the large effect size on insomnia by the weighted blanket and pleased by the reduction of levels of both anxiety and depression,” said Adler.

In a related commentary, Dr William McCall writes that the study results support the psychoanalytic “holding environment” theory, which states that touch is a basic need that provides calming and comfort. McCall urges providers to consider the impact of sleeping surfaces and bedding on sleep quality, while calling for additional research into the effect of weighted blankets.

Abstract
Study objectives: This study aimed to evaluate the effect of weighted chain blankets on insomnia and sleep-related daytime symptoms for patients with major depressive disorder, bipolar disorder, generalized anxiety disorder, and attention deficit hyperactivity disorder.
Methods: One hundred twenty patients were randomized (1:1) to either a weighted metal chain blanket or a light plastic chain blanket for 4 weeks. The outcome was evaluated using the Insomnia Severity Index as primary outcome measure and day and night diaries, Fatigue Symptom Inventory, and Hospital Anxiety and Depression Scale as secondary outcome measures. Sleep and daytime activity levels were evaluated by wrist actigraphy.
Results: At 4 weeks, there was a significant advantage in Insomnia Severity Index ratings of the weighted blanket intervention over the light blanket (P < .001) with a large effect size (Cohen’s d 1.90). The intervention by the weighted blanket resulted in a significantly better sleep-maintenance, a higher daytime activity level, and reduced daytime symptoms of fatigue, depression, and anxiety. No serious adverse events occurred. During a 12-month open follow-up phase of the study, participants continuing to use weighted blankets maintained the effect on sleep, while patients switching from a light to a weighted blanket experienced an effect on Insomnia Severity Index ratings similar to that of participants using the weighted blanket from the beginning.
Conclusions: Weighted chain blankets are an effective and safe intervention for insomnia in patients with major depressive disorder, bipolar disorder, generalized anxiety disorder, or attention deficit hyperactivity disorder, also improving daytime symptoms and levels of activity.