Widely used diabetes test may not be suitable for Africans 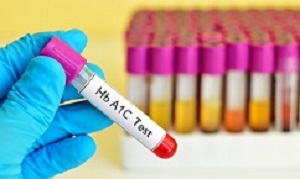 People of African descent may mistakenly get the all-clear from a widely used type 2 diabetes test called HbA1c, according to an international study. The findings have important implications as they suggest that using this test as the sole means to diagnose diabetes would do harm, said University of the Witwatersrand endocrinologist Alisha Wade.

Business Day reports that scientists found 42 new genetic variants that influence a person’s HbA1c measurements, including one that could lead to Africans and African-Americans being under-diagnosed with type 2 diabetes.

The findings have important implications as they suggest that using this test as the sole means to diagnose diabetes would do harm, said University of the Witwatersrand endocrinologist Alisha Wade. "Recent World Health Organisation recommendations cite HbA1c as a method for the diagnosis of diabetes, in addition to more conventional methods of testing blood sugar in a fasted state or after an oral glucose challenge," she said. "There is substantial debate about the use of HbA1c for diagnosis as there are known ethnic variations in the relationship between HbA1c and blood sugar, and the majority of studies to date have been done in populations of European origin. (This) study gives us a genetic explanation for why we should continue to be cautious about a wholesale shift to HbA1c for diagnosing diabetes."

The report says the Society for Endocrinology, Metabolism and Diabetes of SA’s guidelines recommend HbA1c for diagnosing type 2 diabetes only if there are no haemoglobin abnormalities, but screening for these abnormalities is not routinely done in South Africa, she said.

The HbA1c test is used to monitor type 2 diabetes and assess blood sugar control in patients who have already been diagnosed. A person’s level of HbA1c, or glycated haemoglobin, depends on both blood glucose levels and characteristics of their red blood cells.

The scientists found that a variant in the G6PD gene, which encodes an enzyme related to the life-span of red blood cells, lowers HbA1c levels no matter what the blood glucose level is. Their analysis included almost 160,000 individuals of European, African, East Asian and South Asian ancestry, 33,000 of which went on to develop type 2 diabetes. They found about 11% of African-Americans carried at least one copy of this G6PD variant, while almost no one of any other ancestry did.

The report says, according to the study’s lead is means the test would miss about 650,000 African-Americans due to their genetically lowered HbA1c levels if it were given to all Americans, said the study’s lead authors James Meigs of Harvard Medical School and Inês Barroso of the Wellcome Trust Sanger Institute in the UK.

Abstract
Background: Glycated hemoglobin (HbA1c) is used to diagnose type 2 diabetes (T2D) and assess glycemic control in patients with diabetes. Previous genome-wide association studies (GWAS) have identified 18 HbA1c-associated genetic variants. These variants proved to be classifiable by their likely biological action as erythrocytic (also associated with erythrocyte traits) or glycemic (associated with other glucose-related traits). In this study, we tested the hypotheses that, in a very large scale GWAS, we would identify more genetic variants associated with HbA1c and that HbA1c variants implicated in erythrocytic biology would affect the diagnostic accuracy of HbA1c. We therefore expanded the number of HbA1c-associated loci and tested the effect of genetic risk-scores comprised of erythrocytic or glycemic variants on incident diabetes prediction and on prevalent diabetes screening performance. Throughout this multiancestry study, we kept a focus on interancestry differences in HbA1c genetics performance that might influence race-ancestry differences in health outcomes.
Methods & findings: Using genome-wide association meta-analyses in up to 159,940 individuals from 82 cohorts of European, African, East Asian, and South Asian ancestry, we identified 60 common genetic variants associated with HbA1c. We classified variants as implicated in glycemic, erythrocytic, or unclassified biology and tested whether additive genetic scores of erythrocytic variants (GS-E) or glycemic variants (GS-G) were associated with higher T2D incidence in multiethnic longitudinal cohorts (N = 33,241). Nineteen glycemic and 22 erythrocytic variants were associated with HbA1c at genome-wide significance. GS-G was associated with higher T2D risk (incidence OR = 1.05, 95% CI 1.04–1.06, per HbA1c-raising allele, p = 3 × 10−29); whereas GS-E was not (OR = 1.00, 95% CI 0.99–1.01, p = 0.60). In Europeans and Asians, erythrocytic variants in aggregate had only modest effects on the diagnostic accuracy of HbA1c. Yet, in African Americans, the X-linked G6PD G202A variant (T-allele frequency 11%) was associated with an absolute decrease in HbA1c of 0.81%-units (95% CI 0.66–0.96) per allele in hemizygous men, and 0.68%-units (95% CI 0.38–0.97) in homozygous women. The G6PD variant may cause approximately 2% (N = 0.65 million, 95% CI 0.55–0.74) of African American adults with T2D to remain undiagnosed when screened with HbA1c. Limitations include the smaller sample sizes for non-European ancestries and the inability to classify approximately one-third of the variants. Further studies in large multiethnic cohorts with HbA1c, glycemic, and erythrocytic traits are required to better determine the biological action of the unclassified variants.
Conclusions: As G6PD deficiency can be clinically silent until illness strikes, we recommend investigation of the possible benefits of screening for the G6PD genotype along with using HbA1c to diagnose T2D in populations of African ancestry or groups where G6PD deficiency is common. Screening with direct glucose measurements, or genetically-informed HbA1c diagnostic thresholds in people with G6PD deficiency, may be required to avoid missed or delayed diagnoses.