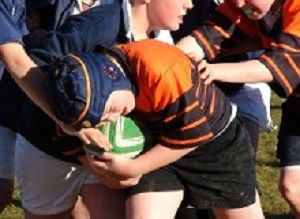 Results of a study of more than 700,000 one to 19-year olds being treated for HIV infection suggests a ten-fold increase in the number of adolescents aged 15 to 19 receiving HIV treatment in South Africa. However, Medical Xpress reports, despite the rise, fewer than 50% who present for care successfully initiate antiretroviral therapy (ART).

"Despite the upswing in numbers initiating therapy, barriers persist that prevent many adolescents from starting treatment. These may include concerns about stigma, a perceived lack of confidentiality at clinics, the need for frequent visits to clinics to start and maintain treatment, and increasing responsibilities at home, particularly among those orphaned by HIV," says lead author Mhairi Maskew from the University of the Witwatersrand, South Africa. "Given the rapid growth in adolescents seeking HIV care, health systems should determine how best to meet the needs of this critical population because increasing testing and treatment among them may become critical to controlling the epidemic."

South Africa has the largest number of people living with HIV in the world at approximately 7.2m. Many children are born with the virus, but survive into adolescence without treatment, while adolescents also become infected via sexual transmission. Adolescent girls have the highest HIV incidence of any demographic group in the country, attributed to the gender inequality and sexual violence they face.

The growth in the number of adolescents on treatment is due in part to the historical success of South Africa's ART programme. Children who were HIV-infected as infants, prior to the widespread availability of prevention of mother-to-child transmission (PMTCT), are now surviving into adulthood on ART. At the same time, adolescents are now seeking care and starting ART at greater numbers.

Last year, the International AIDs Society-Lancet Commission warned that as the largest generation of young people ages into adolescence, it could spark a resurgence of the Aids epidemic. However, if the country manages to achieve the target of treating 90% of all people living with HIV, the adolescent population on ART could double within five years.

For the current study, scientists tracked the number of children and adolescents aged one to 19 years tested for HIV between 2005 and 2016, using laboratory data from South Africa's National HIV Programme. They estimated the proportion receiving care and the proportion on ART observed through HIV monitoring lab tests in the National Health Laboratory Service (NHLS) data. They classified the results by gender as well as according to whether the patient entered care when under 15 years old – and were likely infected at birth – or between the ages of 15 and 19, when it is likely they were infected via sexual transmission.

The authors analysed data on 730,882 patients aged one to 19 who entered the HIV programme between 2005 and 2016. Among patients entering care before age 15 years, 54% were female (209,205 patients), consistent with an approximately even numbers of boys and girls becoming perinatally infected during birth or breastfeeding. However, among patients entering care aged 15 to 19 (301,242 patients), 88% were female, consistent with the much higher rates of sexually-transmitted HIV infection and higher rates of care-seeking among young women compared to young men.

Despite these high numbers, people entering care as adolescents had much lower rates of initiating ART than children. Just 45% of 15 to 19-year-old girls and 42% of boys who presented with HIV started treatment, compared to 68% of girls and 69% of boys aged one to four.

The authors note that some groups are not observed in their data, such as results from infants under a year old, patients accessing care in the private sector, or those who do not test and do not enter the HIV treatment program. In addition, KwaZulu-Natal is not observed prior to 2011. However, the proportions they observed initiating therapy by age category and mode of transmission do not change significantly with the inclusion of data from KwaZulu-Natal.

Writing in a linked comment, Dr Audrey Pettifor from the University of North Carolina, says: "To date there are limited evidence-based interventions to improve linkage to and retention in care for adolescents and even fewer that have been taken to scale – this must change now if we want to see reductions in new infections and alter the course of the HIV epidemic. A first step to addressing the adolescent epidemic is understanding the problem, Maskew and colleagues take an important step in highlighting that the battle against HIV is far from over and that government, donors, programs and researchers must act with urgency to develop, test and implement evidence-based interventions to prevent new infections and improve linkage to and retention in care for adolescents."

Abstract
Background: The number of South African adolescents receiving HIV care and treatment in South Africa is growing. By use of routinely collected laboratory data from South Africa's National HIV Programme, we aimed to quantify the numbers of adolescents accessing HIV care and treatment over time, characterise the role of perinatal infection in these trends, and estimate proportions of adolescents seeking HIV care and antiretroviral therapy (ART) in South Africa's public sector.
Methods: We did a retrospective, descriptive cohort study of children and adolescents aged 1–19 years accessing care in South Africa's public sector HIV treatment programme from 2005 to 2016 with a CD4 cell count or viral load recorded in South Africa's National Health Laboratory Service database. We estimated the total number of children and adolescents entering HIV care with a CD4 cell count or viral load test result by calendar period, as well as the proportion in care and receiving ART with at least one viral load test result. We stratified analyses by gender and by whether the patient entered care at younger than 15 years (probably perinatally infected) or at 15–19 years (probably infected in adolescence).
Findings: We identified 730 882 patients aged 1–19 years at entry to care between Jan 1, 2005, and Dec 31, 2016. 209 205 (54%) of 388 439 patients entering care younger than 15 years and 301 242 (88%) of 342 443 patients entering care aged 15–19 were female. During the study period, the number of virologically monitored patients aged 15–19 years receiving ART increased from 7949 in 2005–08 to 80 918 in 2013–16. 92 783 (66%) of 140 028 patients aged 15–19 years seeking care started ART by 2016, well below UNAID's target of ART for 90% of those diagnosed. We project that the number of adolescents on ART will continue to rise.
Interpretation: The many adolescents aged 15–19 years receiving ART reflect the ageing of children entering care at ages 1–14 years, and increases in care-seeking among horizontally infected adolescents aged 15–19 years. However, many adolescents seeking care do not start ART, suggesting an urgent need for interventions to increase uptake of ART and improve services for this population.
Funding
US National Institutes of Health, and the President's Emergency Plan for AIDS Relief through the US Agency for International Development.