Africa now has the shots but is struggling to administer them 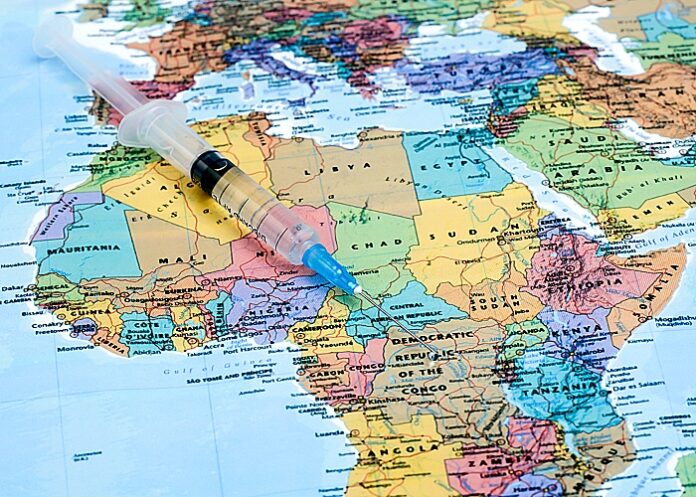 After initially struggling to get vaccine supplies because of hoarding by the developed nations, the problem for Africa is now one of logistics and community resistance to inoculation, writes Reuters.

A key difficulty in administering vaccines is community scepticism, sometimes driven by religious belief and mistrust of Western drug companies and their own governments.

Shortages of funds, medical staff and equipment, as well as vaccine hesitancy, were already hobbling inoculation campaigns in some parts of Africa. The anticipated surge, comprising millions of jabs in the coming weeks, could expose those weaknesses further, experts warn.

About 40% of vaccines that have arrived so far on the continent have not been used, according to data from the Tony Blair Institute for Global Change, a policy think-tank. The rate of vaccine use will have to rise fourfold to keep up with expected supply in coming months, the institute says.

“We are all, like you, very concerned that countries are not picking up the vaccines. The uptake is not as we would have loved to see,” said head of the Africa Centres for Disease Control and Prevention (CDC) John Nkengasong.

Successful vaccination campaigns in Africa are vital to ending the pandemic globally, health experts say. The continentʼs low inoculation rates encourage viral mutations such as the new Omicron variant, which has prompted another spate of international travel bans.

Only 102m people, or 7.5% of the continentʼs population, are fully vaccinated, according to the World Health Organization (WHO), which warned vaccine inequity would prolong the pandemic.

Vaccination rates vary widely across Africa, a continent of more than a billion people, and some health systems in relatively small nations and in North Africa are having more success.

In some ways, Kenya is doing relatively well. East Africaʼs largest economy has received nearly 5m doses in the past two weeks, after months of slow supplies. On 1 December it vaccinated a record 110,000 people and aims to maintain that rate for the next 30 days, said Willis Akhwale, head of the governmentʼs COVID-19 vaccine task force. That would bring the vaccinated to 10m out of a population of 47m, he said.

Covax deliveries were then disrupted after its major supplier, India, halted vaccine exports. The pause gave countries time to improve vaccination rollout without being inundated. They did so to differing degrees.

The Gavi vaccine alliance, a co-leader of Covax, initially did not prioritise investing in the ultra-cold chain equipment needed for mRNA shots such as Pfizerʼs because it expected the bulk of doses to be the cheaper and easier-to-administer AstraZeneca shots produced in India.

As vaccine deliveries to Africa soar, absorption of large volumes is expected to represent a major challenge for many poor countries, particularly because a substantial volume will be from Pfizer. Even Kenya, which has the ultra-cold-chain capacity to store 3m Pfizer doses, is worried its cold chain will get constrained by the influx, threatening its routine immunisation programme.

Cameroon in Central Africa had 244 vaccination centres at the start of its vaccine rollout in April. It now has 1,000, said Njoh Andreas Ateke, deputy head of the immunisation programme.

But health workers and officials say power outages and lack of staff have compromised vaccines. The country has one refrigerated truck suitable to transport shots, said Leonard Kouadio, Unicefʼs health section head in Cameroon. It needs at least 2,500 more fridge temperature gauges and more trucks to increase distribution, he added.

Mali, one of Africaʼs largest and poorest countries, has two refrigerated trucks to carry vaccines long distances. Some health workers fled their posts in the north because of insecurity caused by an Islamist insurgency, said Unicef health programme manager in Mali Abdoul Gadiry Fadiga.

The country expects to receive about 3.5m doses between now and the end of March, more than double the number it has received since inoculations began, Fadiga said. Mali has enough cold-chain capacity to deal with the initial rush of doses until March, but it still needs 288 fridges and freezers for its full rollout. So far, only 10 freezers have arrived.

Funds have been slow to materialise. The World Bank has approved $9.8bn (about R157bn) for emergency health responses, including for vaccine deployment, in developing countries globally, but so far only $4.4bn (about R70bn) has been disbursed.

Countries desperate for vaccines, including South Sudan and Congo, had to send some back because they could not distribute them in time. Namibia warned last month it might have to destroy thousands of out-of-date doses.

SA asked Johnson & Johnson (J&J) and Pfizer to delay delivery of vaccines because it had too much stock.

Insufficient education about COVID-19 vaccines enables rumours to spread. That can be the result of local staff and budget shortages, health workers from across the continent said.

Ethiopia is worried vaccines might expire before they are used, due to low demand and is trying to overcome vaccine hesitancy through outreach to communities via local religious and civil society groups, said Muluken Yohannes, a senior adviser to Ethiopiaʼs health ministry.

“Currently, developed countries … have satisfied their vaccine needs. As a result, they are pushing leftover vaccines … to developing countries. However, the golden period to absorb these vaccines has already passed,” he said.

Reuters article – COVID shots are finally arriving, but Africa can't get them all into arms (Open access)

Pandemic confounded expectations of preparedness and resilience in Africa

Aspen to produce its own branded vaccine for Africa, in J&J deal