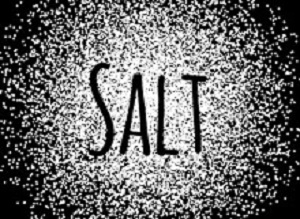 Research, led by the Population Health Research Institute (PHRI) in Canada with research colleagues in 21 countries, shows that for the vast majority of individuals, sodium consumption does not increase health risks except for those who eat more than five grams a day, the equivalent of 2.5 teaspoons of salt.

Fewer than 5% of individuals in developed countries exceed that level.

The study followed 94,000 people, aged 35 to 70, for an average of eight years in communities from 18 countries around the world and found there an associated risk of cardiovascular disease and strokes only where the average intake is greater than five grams of sodium a day.

China is the only country in their study where 80% of communities have a sodium intake of more than five grams a day. In the other countries, the majority of the communities had an average sodium consumption of 3 to 5 grams a day (equivalent to 1.5 to 2.5 teaspoons of salt).

The large, international study also shows that even for those individuals there is good news. Any health risk of sodium intake is virtually eliminated if people improve their diet quality by adding fruits, vegetables, dairy foods, potatoes, and other potassium rich foods.

Summary
Background: WHO recommends that populations consume less than 2 g/day sodium as a preventive measure against cardiovascular disease, but this target has not been achieved in any country. This recommendation is primarily based on individual-level data from short-term trials of blood pressure (BP) without data relating low sodium intake to reduced cardiovascular events from randomised trials or observational studies. We investigated the associations between community-level mean sodium and potassium intake, cardiovascular disease, and mortality.
Methods: The Prospective Urban Rural Epidemiology study is ongoing in 21 countries. Here we report an analysis done in 18 countries with data on clinical outcomes. Eligible participants were adults aged 35–70 years without cardiovascular disease, sampled from the general population. We used morning fasting urine to estimate 24 h sodium and potassium excretion as a surrogate for intake. We assessed community-level associations between sodium and potassium intake and BP in 369 communities (all >50 participants) and cardiovascular disease and mortality in 255 communities (all >100 participants), and used individual-level data to adjust for known confounders.
Findings: 95 767 participants in 369 communities were assessed for BP and 82 544 in 255 communities for cardiovascular outcomes with follow-up for a median of 8·1 years. 82 (80%) of 103 communities in China had a mean sodium intake greater than 5 g/day, whereas in other countries 224 (84%) of 266 communities had a mean intake of 3–5 g/day. Overall, mean systolic BP increased by 2·86 mm Hg per 1 g increase in mean sodium intake, but positive associations were only seen among the communities in the highest tertile of sodium intake (p<0·0001 for heterogeneity). The association between mean sodium intake and major cardiovascular events showed significant deviations from linearity (p=0·043) due to a significant inverse association in the lowest tertile of sodium intake (lowest tertile <4·43 g/day, mean intake 4·04 g/day, range 3·42–4·43; change –1·00 events per 1000 years, 95% CI –2·00 to –0·01, p=0·0497), no association in the middle tertile (middle tertile 4·43–5·08 g/day, mean intake 4·70 g/day, 4·44–5.05; change 0·24 events per 1000 years, –2·12 to 2·61, p=0·8391), and a positive but non-significant association in the highest tertile (highest tertile >5·08 g/day, mean intake 5·75 g/day, >5·08–7·49; change 0·37 events per 1000 years, –0·03 to 0·78, p=0·0712). A strong association was seen with stroke in China (mean sodium intake 5·58 g/day, 0·42 events per 1000 years, 95% CI 0·16 to 0·67, p=0·0020) compared with in other countries (4·49 g/day, –0·26 events, –0·46 to –0·06, p=0·0124; p<0·0001 for heterogeneity). All major cardiovascular outcomes decreased with increasing potassium intake in all countries.
Interpretation: Sodium intake was associated with cardiovascular disease and strokes only in communities where mean intake was greater than 5 g/day. A strategy of sodium reduction in these communities and countries but not in others might be appropriate.
Funding: Population Health Research Institute, Canadian Institutes of Health Research, Canadian Institutes of Health Canada Strategy for Patient-Oriented Research, Ontario Ministry of Health and Long-Term Care, Heart and Stroke Foundation of Ontario, and European Research Council.

Two years ago, the same team published a study with similar results, looking at individuals. The Guardian reports that it was lambasted by critics, who called it “bad science” and its findings were rejected by the American Heart Association.

The latest observational study – not a randomised controlled trial which compares different groups of people – looks at communities rather than individuals. And, the report says, it immediately came in for heavy criticism. The chief complaint was that it did not accurately measure the amount of sodium in people’s urine, which needs to be done over a 24-hour period.

“The authors have not addressed any of the serious criticisms from the wider scientific community of their 2016 study,” said Graham MacGregor, professor of cardiovascular medicine at Queen Mary University of London, and founder of the salt-reduction campaign Cash (Consensus Action on Salt and Health). “These criticisms include the use of ill participants in the study, leading to reverse causality (those suffering with heart disease don’t eat much food, and consequently eat less salt, but it is the illness that leads to death rather than lower salt intake), and the use of spot urine measurements.”

Tom Sanders, professor emeritus of nutrition and dietetics at King’s College London, said campaigns to lower salt intake have been beneficial in some countries. “Intakes of salt in the UK have fallen over the past 30 years from over 12g per day to 7 to 8g per day, and this has been accompanied by a fall in average blood pressure of the population. Japan used to have a very high prevalence of high blood pressure and high rates of stroke, and took action to cut salt intake in the 1970s and now has much lower rates,” he said.

But it is not easy to persuade people to forgo salt, say Franz Messerli and Louis Hofstetter, experts from Switzerland and New York in a commentary on the findings. They cite Sir George Pickering, regius professor of medicine at the University of Oxford, who wrote more than half a century ago: “The rigid low-sodium diet is insipid, unappetising, monotonous, unacceptable, and intolerable. To stay on it requires the asceticism of a religious zealot.”

The report says the new study measured potassium as well as sodium levels in people’s urine and found that higher potassium, which is found in fruit and vegetables, cut rates of stroke, heart disease and death. “Perhaps salt-reduction evangelists and salt-addition libertarians could temporarily put aside their vitriol and support the hypothesis that diets rich in potassium confer substantially greater health benefits than aggressive sodium reduction,” they write.

Oct 28th, 2020
A large UK analysis of health records found that exposure to inhaled and oral corticosteroids is an...
Cardiovascular
October 28th, 2020