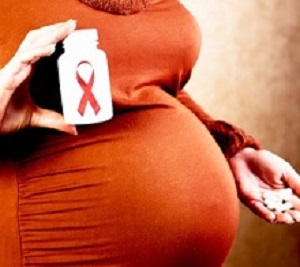 The British HIV Association (BHIVA) has taken issue with a BMJ article regarding the PROMISE trial that led to a recommendation on the use of lopinavir/ritonavir for the treatment of HIV in adults, including in pregnant women.

It said: "BHIVA does not recommend the use of lopinavir/ritonavir for the treatment of HIV in adults, including in pregnant women, and certainly not at the 50% higher dose used in the 3rd trimester in the PROMISE trial. In addition PROMISE investigated outcomes in women initiating therapy. Most women in UK will conceive on ART, most commonly with TDF/FTC backbone and this study does not address that cohort.

"The systematic review also made a 'weak recommendation' that zidovudine/lamivudine should be used preferentially over tenofovir/emtricitabine as the nucleoside backbone in pregnant women because of the lower number of stillbirths and early neonatal deaths in this arm of the PROMISE study. As both arms received lopinavir/ritonavir the BMJ panel postulates that tenofovir/emtricitabine is the cause of the difference. Despite the BMJ panel’s assertion that pharmacokinetic interactions between tenofovir and lopinavir/ritonavir are not relevant there are data reporting increased levels of both drugs in the host when co-administered at standard doses.

"Three previous systematic reviews reported no increase of birth adverse events or safety events (and no increased risk of congenital anomalies) in infants exposed to tenofovir compared to non-tenofovir-containing regimens in HIV-exposed infants, although data remain limited and studies evaluating neonatal mortality, infant anthropometry and bone growth are required. WHO used these systematic reviews to inform their guidelines on HIV and pregnancy, which include the use of tenofovir-containing regimens.

"In addition to these systematic reviews, there are numerous observational studies showing tenofovir/emtricitabine to be safe in pregnancy. For example, Zash et al 6 published a birth surveillance study of 47,027 pregnant women in Botswana, including 11,932 women with HIV, where preterm birth, very preterm birth, small and very small size for gestational age, stillbirth, and neonatal death were evaluated. In this very large cohort, the risk for any adverse or severe adverse birth outcome was lowest among infants exposed to a combined regimen of tenofovir, emtricitabine and efavirenz but all tenofovir/emtricitabine-based regimens were found to be safer than those with zidovudine/lamivudine as a backbone and the highest risk of adverse outcomes with observed in those women receiving lopinavir-based regimes.

"The writing group agree that any decision regarding ARVs should always be discussed in full with every woman. Currently, our recommendation remains to continue or to start tenofovir or abacavir with emtricitabine or lamivudine as the nucleoside backbone (Grading: 2C). The third agent should be one of the following: efavirenz, raltegravir, rilpivirine, ritonavir-boosted darunavir or ritonavir-boosted atazanavir, as per national BHIVA Adult treatment guidelines. In addition the group does not think this data should influence decisions to use tenofovir/emtricitabine for pre-exposure prophylaxis in women of child-bearing potential.

"The BHIVA guidelines on the management of HIV in pregnancy will be published for consultation later this year."

WHO report warns on increased drug-resistant HIV in infants