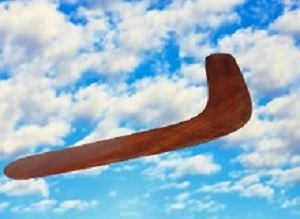 Adult children who return to live with their parents, the so-called “boomerang generation”, cause a significant decline in parents' quality of life and well-being, according to research from the London School of Economics and Political Science.

The cost of housing and job insecurity means that, according to the most recent data from the UK’s Office for National Statistics, about a quarter of young adults in the UK are living with their parents – the highest number since records began in 1996. The trend is echoed all over Europe.

LSE researchers analysed longitudinal data from people aged over 50 and their partners in 17 European countries from 2007-2015. They found that parents' quality of life decreased when an adult child moved back to an 'empty nest', regardless of the reason for their return. However, there was no effect when other children still lived at home. Although other studies have analysed the effects of adults who live with their parents, this is the first research to examine effects on parents' well-being of those who have left home, for example to live elsewhere to attend university, and then return, in what researchers call 'boomerang moves'.

The paper, written by Dr Marco Tosi and Professor Emily Grundy of LSE's department of social policy, it explains: "Over the past half century, inter-generational co-residence has declined dramatically in Western countries. However, this pattern has recently altered, and in some countries multi-generational co-residence has increased; a shift interpreted as a family response to high unemployment rates, poor job prospects and financial hardship among young adults."

Researchers looked only at adults aged up to 75 to reduce the chance that home returning was driven by parents' support needs. Quality of Life measures "feelings of control, autonomy, pleasure and self-realisation in everyday life." The scale is based on 12 indicators and ranges from 12 to 48, with the higher scores indicating a better quality of life. When a child returns home to a previously empty nest, researchers found that the score went down by an average of 0.8 points; a substantial effect on quality of life similar to developing an age-related disability, such as difficulties with walking or getting dressed.

The paper explores the effects of different reasons for returning home, such as unemployment and partnership breakdown, which are, in themselves, distressing to parents. But controlling for this, the return of a child still causes a significant decline in parents' well-being.

The paper concludes: "The findings show that returning home was correlated with a decline in parent's quality of life when there were no other children in the parental home. Parents enjoy their independence when their children leave the home and refilling an empty nest may be regarded as a violation of this life course stage."

Tosi commented: "Our work shows that in contexts where family orientations and welfare institutions foster individuals' independence, returns home by adult children have negative implications for parents' well-being. Across Europe, this effect is greater in Protestant than in Catholic countries, but we see it in all countries.

"When children leave the parental home, marital relationships improve and parents find a new equilibrium. They enjoy this stage in life, finding new hobbies and activities. When adult children move back, it is a violation of that equilibrium."

Abstract
This essay brings together intersectionality and institutional approaches to health inequalities, suggesting an integrative analytical framework that accounts for the complexity of the intertwined influence of both individual social positioning and institutional stratification on health. This essay therefore advances the emerging scholarship on the relevance of intersectionality to health inequalities research. We argue that intersectionality provides a strong analytical tool for an integrated understanding of health inequalities beyond the purely socioeconomic by addressing the multiple layers of privilege and disadvantage, including race, migration and ethnicity, gender and sexuality. We further demonstrate how integrating intersectionality with institutional approaches allows for the study of institutions as heterogeneous entities that impact on the production of social privilege and disadvantage beyond just socioeconomic (re)distribution. This leads to an understanding of the interaction of the macro and the micro facets of the politics of health. Finally, we set out a research agenda considering the interplay/intersections between individuals and institutions and involving a series of methodological implications for research – arguing that quantitative designs can incorporate an intersectional institutional approach.