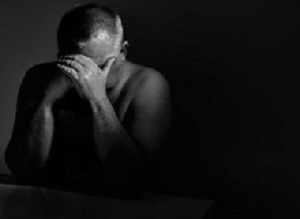 Scientists believe they have identified about 60,000 cases of depression in adults under 35 in the United Kingdom, and more than 400,000 in America, that could be avoided if adolescents did not smoke cannabis, writes Nicola Davis for The Guardian.

An international team of scientists looked at 11 studies published from the mid-1990s onwards, involving a total of more than 23,000 people, they report in the journal JAMA Psychiatry.

They explored the use of cannabis for non-medicinal purposes in under-18s. Participants were then followed into adulthood to see who developed clinical depression, anxiety or suicidal behaviour. No single study looked at all three mental health issues.

After taking into account factors including age, mental health issues at the outset and socio-economic status, the results linked cannabis use to a greater likelihood of later developing clinical depression, having suicidal thoughts or making a suicide attempt.

The odds of attempting suicide were almost 3.5 times worse among those who used cannabis before the age of 18 than those who did not – although the authors note the figure is imprecise.

Dr Andrea Cipriani, co-author of the research from the University of Oxford, said: “The number of people who are exposed to cannabis, especially in this vulnerable age, is very high and I think this should be a priority for public health and the medical sector as well.”

The key psychoactive ingredient of cannabis is THC, or delta-9 tetrahydrocannabinol, which binds to receptors in the brain that are particularly common in regions important for emotion and learning as well as rational thinking. Density of such receptors in these regions peaks during adolescence.

That, together with the fact that young people’s brains are still developing, had led to increasing concern about the impact of cannabis on young users, Cipriani said.

The link to depression might be down to the presence of receptors which bound THC in parts of the brain where the neurotransmitters serotonin and noradrenaline were produced, he said.

According to recent figures, more than 17 million young people aged 15-34 in the European Union, or 14.1%, used cannabis in the past year although there are large differences in uptake between countries.

In England and Wales about 11.5% of people in that age group reported using cannabis in the previous year, while data from 2011 suggests about 4% of 14- to 19 year olds in England used cannabis in a given month.

While the authors of the study say the apparent effects are of modest size, they stress the impact is far from negligible. By applying the results to the known prevalence of clinical depression among adults under the age of 35, they conclude that one in 14 cases within this age group could be avoided if teenagers did not use the drug.

The team say greater education is needed both for parents – who might see little harm in their children using cannabis – and for teenagers themselves, and that the emphasis should be on preventing youngsters from taking the drug.

“Now we know that, especially for teenagers, there may be an effect which is biological, with some consequences which can be devastating,” said Cipriani.

They said questions of decriminalisation and legalisation of cannabis were difficult. One argument for legalisation is that it would mean adults could buy the drug in shops, subject to age checks, thereby removing the need for illegal dealers and doing away with the source of cannabis for under-18s. It has also been argued that legalisation would allow consumers to choose the strength of cannabis they use.

But Dr Gabriella Gobbi, first author of the study from McGill University, said the latest data from Canada – where cannabis was legalised for over 18s in October last year – showed no sign of a drop in use among adolescents, as yet suggesting legalisation alone is not enough to reduce consumption by minors.

While the latest research chimes with a number of animal studies into the impact of cannabis on depression, it has some limitations.

Cannabis use statistics were based on self-report, with the frequency of use different across studies, and the researchers could not rule out that the results might reflect a more complex situation than simple “cause and effect” of cannabis on mental health issues – in other words, other factors might play a role in the link.

Moreover, it is not clear that it is just cannabis in adolescence that matters – continuing use into adulthood might also be important.

Sir Robin Murray, professor of psychiatric research at King’s College London, who was not involved in the research, said it was important to note that the studies analysed did not look at whether participants were using other drugs, or the amount or type of cannabis that users had taken. Indeed, the studies began before highly potent cannabis became commonplace.

“We know from studies of psychosis that the risk is much greater with daily use of modern high-potency cannabis than old-fashioned low-THC varieties,” he said.

Dr Tom Freeman, lead director of the Addiction and Mental Health Group at the University of Bath, said more research was needed to inform consumers about the risks of different products and levels of consumption.

“We know that exposure to higher quantities of THC is associated with an increased risk of harmful effects, whereas another cannabis constituent (cannabidiol) may be protective and potentially beneficial for mental health,” he said.

Association of Cannabis Use in Adolescence and Risk of Depression, Anxiety, and Suicidality in Young Adulthood – A systematic review and meta-analysis

Is adolescent cannabis consumption associated with risk of depression, anxiety, and suicidality in young adulthood?

In this systematic review and meta-analysis of 11 studies and 23 317 individuals, adolescent cannabis consumption was associated with increased risk of developing depression and suicidal behavior later in life, even in the absence of a premorbid condition. There was no association with anxiety.

Preadolescents and adolescents should avoid using cannabis as use is associated with a significant increased risk of developing depression or suicidality in young adulthood; these findings should inform public health policy and governments to apply preventive strategies to reduce the use of cannabis among youth.

To provide a summary estimate of the extent to which cannabis use during adolescence is associated with the risk of developing subsequent major depression, anxiety, and suicidal behaviour.

Medline, Embase, CINAHL, PsycInfo, and Proquest Dissertations and Theses were searched from inception to January 2017.

Longitudinal and prospective studies, assessing cannabis use in adolescents younger than 18 years (at least 1 assessment point) and then ascertaining development of depression in young adulthood (age 18 to 32 years) were selected, and odds ratios (OR) adjusted for the presence of baseline depression and/or anxiety and/or suicidality were extracted.

The studies assessing cannabis use and depression at different points from adolescence to young adulthood and reporting the corresponding OR were included. In the studies selected, depression was diagnosed according to the third or fourth editions of Diagnostic and Statistical Manual of Mental Disorders or by using scales with predetermined cutoff points.

Although individual-level risk remains moderate to low and results from this study should be confirmed in future adequately powered prospective studies, the high prevalence of adolescents consuming cannabis generates a large number of young people who could develop depression and suicidality attributable to cannabis. This is an important public health problem and concern, which should be properly addressed by health care policy.

Cannabis smoking in teenage years linked to adulthood depression Association of Cannabis Use in Adolescence and Risk of Depression, Anxiety, and Suicidality in Young AdulthoodA Systematic Review and Meta-analysis