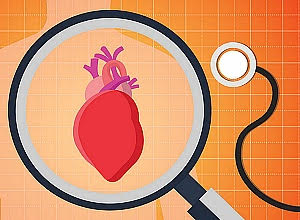 Urgent action is needed to improve care and prevention, fill knowledge gaps and increase awareness about cardiovascular disease in women, according to a report from the Lancet Commission. The first-ever global report on women and cardiovascular disease was published on 16 May in The Lancet and presented during the Annual Scientific Session of the American College of Cardiology, ACC21.

Authored by 17 leading female experts from 11 countries, the report outlines 10 recommendations to tackle inequities in diagnosis, treatment and prevention to reduce cardiovascular disease in women by 2030 – in line with the United Nations' broader Sustainable Development Goals, to reduce premature deaths from non-communicable diseases.

"Cardiovascular disease in women remains understudied, under-recognised, under-diagnosed, and under-treated globally," said Dr Roxana Mehran, one of the authors, according to material from the American College of Cardiology (ACC).

"Achieving the important target set by the United Nations requires bold, distinct strategies to not only target factors contributing to cardiovascular disease but also to identify sex-specific biological mechanisms in women. Making permanent improvements to the worldwide care of women with cardiovascular disease requires coordinated efforts and partnerships involving policy-makers, clinicians, researchers and the wider community."

The Lancet Commission report is based on data from the 2019 Global Burden of Disease Study, which showed approximately 275 million women around the world with cardiovascular disease in 2019 alone, with global age standardised prevalence estimated at 6,402 cases per 100,000.

The evidence of important regional trends suggests a need for improved data collection at local and regional levels to effectively prevent, recognise and treat cardiovascular disease in women, the authors said, according to the ACC material.

They also note the importance of addressing established risk factors like hypertension, body mass index and high LDL cholesterol, but also said sex-specific risk factors such as premature menopause and pregnancy related-disorders must be more widely recognized and prioritised as part of treatment and prevention efforts worldwide.

They also stress the importance of paying attention to socio-economic and cultural factors, as well as mental health, in prevention and management of cardiovascular disease.

"While some risk factors for cardiovascular disease are similar for women and men, women are more likely to suffer from health disparities due to cultural, political or socio-economic factors," said Dr C Noel Bairey Merz, another author of the report.

"For instance, some social or religious norms – such as restrictions on participation in sport and physical activities – can contribute to cardiovascular disease in women, highlighting an urgent need for culturally appropriate initiatives that are tailored to different regions and populations."

The Commission also highlights the need to increase awareness of cardiovascular disease risk in women among physicians, scientists and health care providers. The authors point out the unmet need for cardiovascular disease prediction models that include sex-specific risk factors, as well as greater inclusion of women in clinical trials.

Tailored interventions for the most vulnerable populations globally, including women from minority or indigenous populations and those whose roles in society are strongly defined by traditional or religious norms, as well as those not typically viewed as being at high risk, such as young women, are also important, the ACC material continues.

In a related editorial, Dr Ana Olga Mocumbi of the Mozambique National Institute of Health, writes: "In the midst of the COVID-19 pandemic, values of human dignity, solidarity, altruism, and social justice should guide our communities to ensure equitable share of wealth and leveraging of efforts towards the reduction of cardiovascular disease burden in women worldwide.

“The Commission's recommendations on additional funding for women's cardiovascular health programmes, prioritisation of integrated care programmes, including combined cardiac and obstetric care, and strengthening of health systems, accords with efforts to bridge the gap for the world's worst off. Such a shift in women's cardiovascular care would be a major step towards equity, social justice and sustainable development."

The Lancet women and cardiovascular disease Commission: reducing the global burden by 2030

This Commission summarises existing evidence and identifies knowledge gaps in research, prevention, treatment and access to care for women. Recommendations from an international team of experts and leaders in the field have been generated with a clear focus to reduce the global burden of cardiovascular disease in women by 2030.

This Commission represents the first effort of its kind to connect stakeholders, to ignite global awareness of sex-related and gender-related disparities in cardiovascular disease, and to provide a springboard for future research.

Recommendation: Direct funding for real-time and accurate data collection on prevalence and outcomes of cardiovascular disease in women globally.

Women are under-represented in the majority of cardiovascular clinical trials

Hypertension, dyslipidaemia and diabetes are the most crucial risk factors contributing to cardiovascular disease death in women

Recommendation: Research is needed to identify the effect of sex-specific, psychosocial, and socioeconomic risk factors on cardiovascular disease in women, and evaluate intervention strategies

Recommendation: embrace public–private partnerships to develop broad-scale programmes to save lives in women with cardiovascular disease

The Lancet article – The Lancet women and cardiovascular disease Commission: reducing the global burden by 2030 (Open access, after free registration)

Women dying from heart attacks because of failure to recognise symptoms