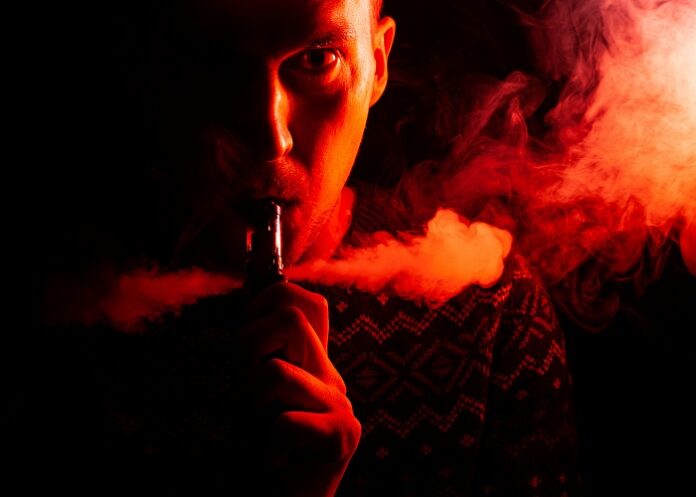 Research on the safety and efficacy of vaping has been hotly contested for over a decade. The two sides are neatly drawn, writes Helen Redmond for Filter. Pro-vapers routinely cite researchers who report that vaping is vastly safer than smoking and helps people quit. The anti-vapers cite research that disputes those results.

So what’s going on and who is right?

An international team of researchers examined the 24 vaping studies, published in scientific journals, that were “most read and most cited in other literature and policy discussions”, according to the Google algorithm.

The majority were conducted in the United States – with subjects such as smoking initiation, respiratory issues, and smoking reduction and cessation among vapers. The large majority had findings that seemed to weigh against the case for vaping as harm reduction, continues Redmond in the Filter article published on 31 March 2022.

The researchers – including Dr Cother Hajat of the United Arab Emirates University and Dr Riccardo Polosa, founder of the Centre of Excellence for Acceleration of Harm Reduction (CoEHAR) at the University of Catania in Italy – authored the article “Analysis of common methodological flaws in the highest cited e-cigarette epidemiology research”.

They were shocked. Almost all the studies were methodologically flawed. They variously lacked a clear hypothesis, used inadequate methodology, did not collect data relevant to the study objectives, and/or didn’t correct for obvious confounding factors.

The researchers were too polite to say it, but what they found was irrefutable evidence of junk science.

“I’m astounded that such low quality studies have made it through editorial review in prestigious scientific journals,” Polosa stated. “The credibility of tobacco control scientists and their research is on the line.”

Among others, Filter reports, the researchers debunked studies that claimed to demonstrate the so-called ‘gateway effect’, which has been widely used to scare the public into believing that vaping nicotine leads to combustible tobacco use.

“The studies we analysed lacked sound research methods, and as such, could not reliably establish causation or identify a gateway effect,” the authors wrote.

It’s not the first time a supposed gateway effect has been deployed in the service of a drug panic. For almost a century, researchers claimed that cannabis was a gateway to ‘harder’ drugs. All along, it was a lie.

“In our paper we offer practical recommendations that can massively improve the quality and rigor in future research in the field of tobacco harm reduction,” explained Hajat.

According to Filter, they include: Acknowledge the health consequences of previous smoking history (critical when the vast majority of vapers are former smokers); detail vaping (and smoking) habits and history in terms of their duration, amount and frequency; ensure allocation and randomisation of research participants to avoid selection bias; ensure that implications and conclusions do not assume a causal relationship, unless causality has been established; discuss biases, limitations and alternate explanations honestly and transparently, and discuss how they impact findings.

The need for unbiased research is urgent.

That these basic recommendations even have to be made speaks volumes about the state of research into vaping and how hell-bent some researchers are on distorting the evidence, the Filter story continues.

Other scientists have rightly pointed out how e-cigarette research is massively flawed. In one of the most egregious examples, the Journal of the American Heart Association in 2020 retracted the article, “Electronic Cigarette Use and Myocardial Infarction Among Adults in the US Population Assessment of Tobacco and Health”. Its authors, Dr Dharma Bhatta and Dr Stanton Glantz, had claimed that e-cigarette use was associated with increased risk of heart attacks.

The need for unbiased research is urgent, concludes Redmond in the Filter story. Over a billion smokers, eight million of whom die of smoking-related causes each year, deserve studies that honestly examine and explain safer nicotine alternatives.

Note: Both CoEHAR and The Influence Foundation, which operates Filter, have received grants from the Foundation for a Smoke-Free World. Filter’s Editorial Independence Policy applies.

First published online in Internal and Emergency Medicine on 24 March 2022.

The prevalence of vaping, also known as using e-cigarettes, vapes and vape pens, has prompted a demand for reliable, evidence-based research. However, published literature on the topic of vaping often raises concerns, characterised by serious flaws and a failure to adhere to accepted scientific methodologies.

In this narrative review, we analyse popular vaping studies published in medical journals that purport to evaluate the association of vaping and smoking cessation, smoking initiation or health outcomes. We analysed 24 included studies to identify the questions they claimed to address, stated methods, manner of implementation, discussions, and stated conclusions.

After critical appraisal, we noted a multiplicity of flaws in these studies, and identified patterns as to the nature of such flaws.

Many studies lacked a clear hypothesis statement: to the extent that a hypothesis could be inferred, the methods were not tailored to address the question of interest. Moreover, main outcome measures were poorly identified, and data analysis was further complicated by failure to control for confounding factors.

The body of literature on ‘gateway’ theory for the initiation of smoking was particularly unreliable. Overall, the results and discussion contained numerous unreliable assertions due to poor methods, including data collection that lacked relevance, and assertions that were unfounded. Many researchers claimed to find a causal association while not supporting such findings with meaningful data: the discussions and conclusions of such studies were, therefore, misleading.

Herein, we identify the common flaws in the study design, methodology, and implementation found in published vaping studies. We present our summary recommendations for future vaping research. Our aim is to prompt future researchers to adhere to scientific methods to produce more reliable findings and conclusions in the field of vaping research.

Vaping – Time for doctors to get on board