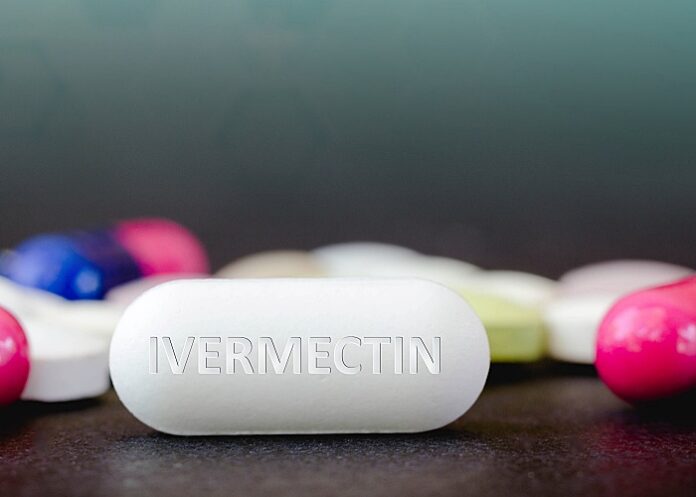 Early treatment with Ivermectin did not result in a lower incidence of medical admission to a hospital due to progression of COVID-19 or of prolonged emergency department observation among outpatients with an early diagnosis of COVID-19, a large randomised trial in Brazil showed.

In an adaptive platform trial, an intention-to-treat (ITT) analysis found that 14.7% of patients in the Ivermectin group and 16.3% of patients in the placebo group had either required hospitalisation or visited an ED within 28 days, due to worsening COVID symptoms, reported Dr Craig Rayner, of Monash University in Australia, and TOGETHER trial colleagues.

More than 60 randomised trials of Ivermectin as COVID treatment have been registered, with findings reported for as many as 31 trials. “The results have been discordant, and various review groups interpret the evidence differently — some advocating for benefits of Ivermectin, and others reticent to conclude a benefit. However, most trials have been small, and several have been withdrawn from publication owing to concerns about credibility, they write in The New England Journal of Medicine.

The TOGETHER trial is a randomised, placebo-controlled, adaptive platform trial, and this particular subset of data was from 23 March 2021 to 6 August 2021. Patients were assigned to receive either 400 μg/kg of Ivermectin or placebo for three days.

Participants were adults with high-risk medical conditions who presented to outpatient care with “an acute clinical condition consistent with COVID-19” within 7 days of symptom onset. “Patients who had been vaccinated against SARS-CoV-2 were eligible for participation in the trial,” according to the authors.

Rayner’s group also noted that while hospitalisation within 28 days would have been the primary outcome, it was expanded to include ED visits, as patients who would’ve been hospitalised could not be, due to limited capacity during peak COVID waves. They used observation in a COVID-19 emergency setting for more than six hours as a proxy for hospitalisation.

Overall, 1,358 patients were randomised to receive either Ivermectin or placebo. Median age was 49, 58% were women, nearly all identified as being mixed race, and 12% had type 2 diabetes, which was considered a high-risk condition for COVID progression. Mean number of days with COVID symptoms prior to randomisation was about four.

There were 100 patients in the Ivermectin group and 111 in the placebo group who progressed to the primary outcome. These results were similar in a modified ITT, defined as at least one dose of the agent or placebo, and a per-protocol analysis, which included only patients who reported 100% adherence to the assigned regimen.

The authors noted that some “meta-analyses of Ivermectin trials have strongly indicated a treatment benefit, and others have concluded that there was no benefit”, but they pointed out that the number of events in the current trial surpass all of the combined events in these meta-analyses.

“The results of this trial will, therefore, reduce the effect size of the meta-analyses that have indicated any benefits,” they added.

Rayner and colleagues appeared to brace themselves against potential criticism, due to the “public interest in Ivermectin and support of its use by paramedical groups”.

“We suspect that there will be additional criticism that our administration was inadequate,” they said. When the trial first started, the investigators randomly assigned patients to a one-day dose of Ivermectin (common for treating parasitic diseases), but adjusted the administration to three days at a relatively high dose following “feedback from advocacy groups”.

Effect of Early Treatment with Ivermectin among Patients with Covid-19

Background
The efficacy of Ivermectin in preventing hospitalisation or extended observation in an emergency setting among outpatients with acutely symptomatic coronavirus disease 2019 (COVID-19), the disease caused by severe acute respiratory syndrome coronavirus 2 (SARS-CoV-2), is unclear.

Methods
We conducted a double-blind, randomised, placebo-controlled, adaptive platform trial involving symptomatic SARS-CoV-2–positive adults recruited from 12 public health clinics in Brazil. Patients who had had symptoms of COVID-19 for up to 7 days and had at least one risk factor for disease progression were randomly assigned to receive Ivermectin (400 μg per kilogram of body weight) once daily for 3 days or placebo. (The trial also involved other interventions that are not reported here.) The primary composite outcome was hospitalisation due to COVID-19 within 28 days after randomisation or an emergency department visit due to clinical worsening of COVID-19 (defined as the participant remaining under observation for >6 hours) within 28 days after randomisation.

Results
A total of 3515 patients were randomly assigned to receive Ivermectin (679 patients), placebo (679), or another intervention (2157). Overall, 100 patients (14.7%) in the ivermectin group had a primary-outcome event, as compared with 111 (16.3%) in the placebo group (relative risk, 0.90; 95% Bayesian credible interval, 0.70 to 1.16). Of the 211 primary-outcome events, 171 (81.0%) were hospital admissions. Findings were similar to the primary analysis in a modified intention-to-treat analysis that included only patients who received at least one dose of Ivermectin or placebo (relative risk, 0.89; 95% Bayesian credible interval, 0.69 to 1.15) and in a per-protocol analysis that included only patients who reported 100% adherence to the assigned regimen (relative risk, 0.94; 95% Bayesian credible interval, 0.67 to 1.35). There were no significant effects of ivermectin use on secondary outcomes or adverse events.

Conclusions
Treatment with Ivermectin did not result in a lower incidence of medical admission to a hospital due to progression of COVID-19 or of prolonged emergency department observation among outpatients with an early diagnosis of COVID-19.

Largest study yet: Ivermectin ‘not clinically effective’ for COVID hospitalisation