HomeA FocusSIU report into Digital Vibes: More heads on the block
A FocusMedico-Legal

SIU report into Digital Vibes: More heads on the block 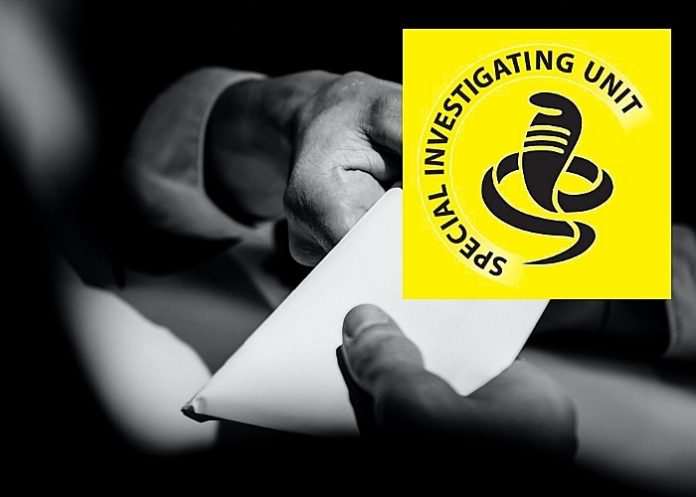 Mkhize resigned over the saga in August, just hours before Ramaphosa reshuffled his cabinet.

Buthelezi was this week suspended for his alleged role in the saga, after initially taking a leave of absence. While the contract with Digital Vibes was already in place when Buthelezi was appointed in 2019, it was what he potentially failed to do afterwards that resulted in his suspension, the DoH has stated.

Dr Nicholas Crisp, the deputy D-G responsible for the NHI, will continue to act until Buthelezi's hearing process has been concluded.

The SIU identified Pillay as a “main actor” who allegedly committed fraud, gross misconduct, negligence and dereliction of duty, for his role in the awarding of a R150m communications contract to Digital Vibes for work related to the proposed National Health Insurance plan. The contract was later extended to projects on COVID-19.

Pillay, who is currently deputy Director-General for Health Regulation and Compliance, in a letter to the Treasury “made numerous material intentional misrepresentations … in an attempt to obtain belated approval to deviate from normal procurement procedures. The evidence indicates that he committed fraud in this regard”. It said he should be “criminally prosecuted for financial misconduct” and for disciplinary action to be instituted against him for contravening sections of the PFMA, the Constitution, and gross dereliction of duty, among other charges.

The SIU report details email correspondence between Pillay from his private email address to Mkhize’s former personal assistant, Tahera Mather, for services “not currently part of your scope”. “It is noteworthy that Dr Pillay had decided to [send] the email from his private email address instead of his official [departmental] email address, which indicates that Dr Pillay may have been trying to hide his conduct from the [department] or public scrutiny,” the SIU report stated.

“On the same day [March 6 2020], Mather responded with an outline of the services and a quotation from Digital Vibes in the amount of R35,906,450.” Pillay had responded to Mather’s email with: “Your proposal is approved. Please advise on the expected payment schedule for this plan and the timelines for implementation.”

The SIU said that from its analysis of the company's accounts,“it appears that Digital Vibes failed to declare and pay company tax and failed to pay the required VAT to the SA Revenue Service … Evidence was obtained justifying the blacklisting of Digital Vibes from conducting business with the public sector,” the report said.

The SIU also found that health department CFO Ian van der Merwe and Buthelezi both contravened the PFMA, with the latter criticised for “allowing payments to Digital Vibes amounting to approximately R60m, in circumstances where such payments constituted irregular expenditure, as envisaged in the PFMA, and parts thereof also constituted fruitless and wasteful expenditure, as envisaged in the PFMA”. Buthelezi should have conducted a comprehensive due-diligence exercise before allowing such any payments, the SIU said.

The SIU found that Mkhize had “directly influenced” the DoH’s decision to award the R150m contract to Digital Vibes and that he and his family financially benefited from the deal.

It said there was evidence that Mkhize, who has denied wrongdoing, had directly and indirectly received gratifications from Digital Vibes, citing R3.8m that flowed to Mkhize’s son, Dedani, while another R6,720 was used for repairs at Mkhize’s Bryanston property. Digital Vibes paid R160,000 to purchase a Toyota Land Cruiser for Dedani from a Pietermaritzburg car dealership on May 4.

In similar vein, the SIU reports that when it queried Mkhize about the maintenance work at his home, “The Minister indicated to the SIU that he had not requested these services, nor did the indicated cellular number belong to him or to an account registered in his name,” reads the report.

“However, the indicated cellular number, in eNatis records, is linked to vehicles registered in the name of the [former] Minister,” the SIU found.

According to the SIU: “Digital Vibes (represented by Ms Hariram), Ms Hariram (in her personal capacity), Ms Mather and Ms Mitha (at the instance of the Minister), contravened the provisions of section 2 of the Prevention of Organised Crime Act (money laundering).”

The unit also found that Mather, Mitha and Mkhize’s family contravened sections of the Prevention and Combating of Corrupt Activities Act “in that they paid and received gratifications resulting from the fact that the DOH had irregularly and unlawfully awarded contract(s) to Digital Vibes in respect of the NHI – and the Covid-19 media campaigns.”

In court papers filed in the Special Tribunal in July, the SIU applied to have the R150m contract reviewed and set aside, and for those implicated to be ordered to pay the SIU or the DoH the money they received with interest.