US regulator: Hard to balance benefits and harms of cigarette alternatives 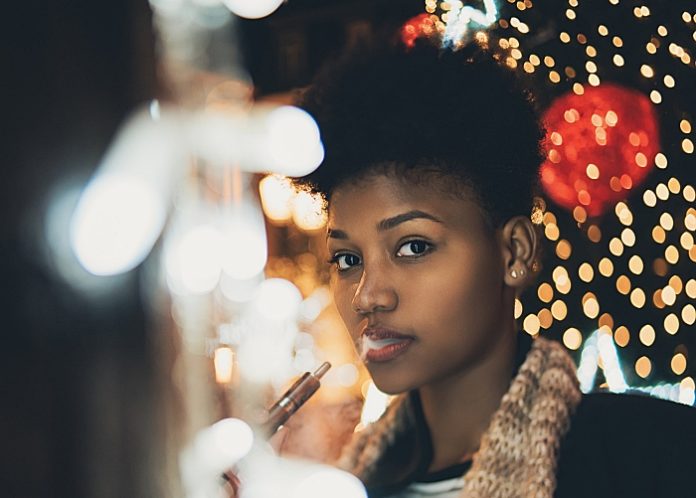 Tobacco products needed to be regulated along a “continuum of risk”, the Global Tobacco and Nicotine Forum (GTNF) conference heard last week. But the success of e-cigarettes in moving smokers to a less harmful product coincided with an explosion of youth use – and it became difficult to balance the relative benefits and harms – writes Chris Bateman for MedicalBrief.

The US Food and Drug Administration (FDA) has evaluated 6.6 million applications for alternative nicotine devices such as e-cigarettes and has another 200,000 to go. It has sent most back to applicants for deficiencies regarding acceptable public health risks.

This emerged from Todd Cecil, deputy director of regulatory management approval at the FDA’s Centre for Tobacco Products, during the GTNF conference held in London from 21 to 23 September 2021.

Speaking remotely from the United States in what was billed as a ‘Fireside Chat’ with delegates at the Rosewood Hotel, Cecil was peppered with questions from tobacco industry stakeholders, scientists, harm reduction experts, medical doctors and risk reduction veterans.

The FDA is tasked by the US Congress with reviewing new tobacco products to assess whether each application has “provided sufficient product-specific scientific evidence to demonstrate enough of a benefit to adult smokers to overcome the risk posed to youth”.

It was put to Cecil that recent FDA denials of and requests for more evidence for applications from vaping companies, seemed to be grouped around certain types of vaping products, especially those involving flavours, and that this sounded like “a categorical determination”.

Cecil rejected this, saying that the FDA application and review process worked “product by product”, and that all data submitted by manufacturers over the last 18 months pointed to flavoured vaping products as “having significant youth initiation concerns”.

Show us the evidence – FDA

“We need adequate evidence of benefit on the other side of the equation. You need to show that initiation is positive or negative, and that use results in switching to less harmful products.” That is, less harmful than combustible tobacco. “So, it’s youth initiation versus the switching behaviour,” Cecil responded.

He stressed that there was no FDA ‘policy decision’ to reject flavoured vaping products. Indeed, Cecil said his team did not believe that market restrictions alone would limit youth vaping initiation.

Asked what would happen if these devices were sold only in an adult environment, he said that once authorised, “it’s in the hands of the applicant, most of whom are good actors and ensure they do not get into the hands of the youth”.

“But we cannot always presume that. We have to base our assessment on the applicant’s ability to restrict youth access,” Cecil added.

What the FDA wanted was a literature study and robust random control trials that showed youth initiation was specifically reduced during the time any new market restrictions were put in place.

“It depends on what science you can put in our hands to help us make that decision,” he stressed.

Cecil agreed with Joe Murillo, Chief Regulatory Office at Juul Labs, a multi-national with dominant share of the global e-cigarette market, that new products needed to be regulated “along a continuum of risk”.

“But you must keep in mind that that continuum of risk is appropriate where we can move existing smokers to a less harmful product. Unfortunately, our entire process failed to take into account the explosion of youth initiation that happened. The relative benefits of one product to another become far more difficult to pull out,” Murillo confessed.

The FDA has been working with the “big five top brands” in the tobacco industry – all of whom had received specific deficiencies in response to their device applications.

“It’s a much longer, complete and more complex process. They’ve now responded with answers to all our questions and it’s undergoing a second cycle of review. Many products are well along, and we’re hoping to move some forwards in the short term,” he added.

The co-architect of South Africa’s original anti-smoking legislation and current president of the Philip Morris International-funded Foundation for a Smoke-Free World, Dr Derek Yach, expressed concern at the ‘gateway effects’ of some alternative nicotine devices on the brains of young users.

Cecil agreed, adding: “There’s a tremendous risk of initiation with younger children – they’re using these products in fairly high proportion. There is movement from alternative nicotine devices to cigarettes in certain cases, and that’s where the concern lies.”

In a separate panel discussion the following day on “Science Driving Innovation”, Jane Yu, senior director of underage use prevention at Juul Labs, said a balance needed to be struck between offering risk-reduced products to adults and preventing underage use.

“If we don’t do it, others will do it for us and collectively compromise the potential,” she averred.

Juul’s marketing strategy focussed on using the best available science on factors contributing to underage use. The company concentrated on limiting appeal, on restricting access, and on how to enforce against third-party illegal actions undermining youth usage prevention measures.

Yu it was crucial to label flavoured products as “for adult use only”, while taking a stand against social media influence marketing, which carries a high risk of spill-over to youth audiences.

“There’s so much technology to enable precise marketing. You can age-verify those on your marketing list. We operate a global retailer compliance programme where we send ‘mystery shoppers’ to retail outlets to see if they are abiding by our regulations and operation rules.”

Irresponsible outlets that refused to comply have been penalised and banned from selling their products, followed by legal action if they persisted. Juuls had even developed an alternative nicotine device that detected any counterfeit cartridge use.

“Innovation doesn’t stop at product development – it expands into responsible market access. Also, we may not have the same youth prevalence situation in every one of our markets.

“It’s a dynamic climate. We have to be vigilant and corrective about youth use – otherwise it sets the entire category back, because our opponents lump us all together. There’s way too much at stake,” Yu concluded.

The Global Tobacco and Nicotine Forum, launched in Brazil in 2008, is an international conference on tobacco, nicotine and public health held in different world cities annually. Its advisory board comprises representatives from the tobacco and vaping industries.

Facebook
Twitter
WhatsApp
Linkedin
Email
Previous articleMSF: Two-drug Covid cocktail recommended by WHO must be made accessible to all who need it
Next articleVitanova tissue bank opens global biomedical possibilities for SA