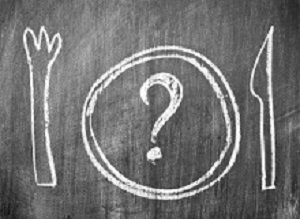 A University of Surrey study that compares the 5:2 fasting diet with a daily calorie restriction diet and concludes that fasting could have a beneficial impact on some important risk markers for cardiovascular disease, has come under NHS criticsm, following ‘media hype’.

In the first study of its kind, researchers from the University of Surrey examined the impact of the 5:2 diet on the body’s ability to metabolise and clear fat and glucose after a meal and compared it to the effects of weight-loss achieved via a more conventional daily calorie restriction diet. Previous studies in this field have predominantly focused on blood risk markers taken in the fasted state, which only tend to be, in for the minority of the time, overnight.

During the study, overweight participants were assigned to either the 5:2 diet or a daily calorie restriction diet and were required to lose five per cent of their weight. Those on the 5:2 diet ate normally for five days and for their two fasting days consumed 600 calories, using LighterLife Fast Foodpacks, whilst those on the daily diet were advised to eat 600 calories less per day than their estimated requirements for weight maintenance (in the study women ate approx. 1400 calories, men ate approx. 1900 calories/day).

Under the expert guidance of the team, those on the 5:2 diet achieved 5% weight-loss in 59 days compared to those on the daily calorie restriction diet who took in 73 days. 27 participants completed the study, with approximately 20% of participants in both groups dropped out because they either could not tolerate the diet or were unable to attain their 5% weight-loss target.

Researchers found that following weight-loss, participants who followed the 5:2 diet cleared the fat (triglyceride) from a meal given to them more efficiently than the participants undertaking the daily diet. Although there were no differences in post meal glucose handling, researchers were surprised to find differences between the diets in c-peptide (a marker of insulin secretion from the pancreas) following the meal, the significance of which will need further investigation.

Dr Rona Antoni, research fellow in nutritional metabolism at the University of Surrey, said: “As seen in this study, some of our participants struggled to tolerate the 5:2 diet, which suggests that this approach is not suited to everybody; ultimately the key to dieting success is finding an approach you can sustain long term.

“But for those who do well and are able stick to the 5:2 diet, it could potentially have a beneficial impact on some important risk markers for cardiovascular disease, in some cases more so than daily dieting. However, we need further studies to confirm our findings, to understand the underlying mechanisms and to improve the tolerability of the 5:2 diet.”

Abstract
The intermittent energy restriction (IER) approach to weight loss involves short periods of substantial (>70 %) energy restriction (ER) interspersed with normal eating. Studies to date comparing IER to continuous energy restriction (CER) have predominantly measured fasting indices of cardiometabolic risk. This study aimed to compare the effects of IER and CER on postprandial glucose and lipid metabolism following matched weight loss. In all, twenty-seven (thirteen male) overweight/obese participants (46 (SEM 3) years, 30·1 (SEM 1·0) kg/m2) who were randomised to either an IER intervention (2638 kJ for 2 d/week with an overall ER of 22 (SEM 0·3) %, n 15) or a CER intervention (2510 kJ below requirements with overall ER of 23 (SEM 0·8) %) completed the study. Postprandial responses to a test meal (over 360 min) and changes in anthropometry (fat mass, fat-free mass, circumferences) were assessed at baseline and upon attainment of 5 % weight loss, following a 7-d period of weight stabilisation. The study found no statistically significant difference in the time to attain a 5 % weight loss between groups (median 59 d (interquartile range (IQR) 41–80) and 73 d (IQR 48–128), respectively, P=0·246), or in body composition (P≥0·437). For postprandial measures, neither diet significantly altered glycaemia (P=0·266), whereas insulinaemia was reduced comparatively (P=0·903). The reduction in C-peptide tended (P=0·057) to be greater following IER (309 128 (SEM23 268) to 247781 (SEM20 709) pmol×360 min/l) v. CER (297 204 (SEM25 112) to 301 655 (SEM32 714) pmol×360 min/l). The relative reduction in TAG responses was greater (P=0·045) following IER (106 (SEM30) to 68 (SEM 15) mmol×360 min/l) compared with CER (117 (SEM 43) to 130 (SEM 31) mmol×360 min/l). In conclusion, these preliminary findings highlight underlying differences between IER and CER, including a superiority of IER in reducing postprandial lipaemia, which now warrant targeted mechanistic evaluation within larger study cohorts.

But there is no evidence that this diet prevents heart disease, according to a NHS Choices analysis: “These reports are based on a very small trial comparing the 5:2 diet with a standard low-calorie diet. The researchers also took blood samples to measure levels of fat and sugar in the blood immediately after eating. High levels of both fats and sugar are a risk factor for heart disease.

“The 5:2 diet is based on the principle of intermittent energy restriction (fasting). People are encouraged to ‘eat normally’ for 5 days a week and then restrict the calorie intake for the remaining 2 days (typically to around 500-600 calories per day).

“The trial included only 41 people. There was no significant difference between the two groups in the time it took them to reach their weight loss targets, or the number of people achieving this.

“The study only assessed blood samples at the beginning and the end of the study. There was no difference in blood sugar levels between the two groups. Blood fats were slightly lower in the 5:2 group, but this is not enough evidence to say that the 5:2 diet will definitely reduce blood fat levels and reduce risk of heart disease in the future.

“If you are overweight or obese, losing weight (and keeping the weight off) will help improve your heart health. The NHS weight loss plan encourages safe and sustainable weight loss through a combination of healthy eating and regular exercise.

“The study was carried out by researchers from the University of Surrey and King’s College London. It was funded by Lighterlife, who provided the food packs used for the 5:2 intervention, presenting a potential conflict of interest.

“This was a randomised controlled trial (RCT) that aimed to compare the effects of the intermittent energy restriction (IER) diet plan, more commonly known as the 5:2 diet, with continuous energy restriction (CER) – a ‘traditional’ low-calorie diet.

“RCTs are the most reliable way of assessing the effect of an intervention. The study design takes into account the effects of potential confounders. However, to improve the reliability of this study’s findings you would need a larger sample size and longer-term follow-up of weight and health outcomes.

“This study recruited participants from Surrey between May 2015 and August 2016. Eligible participants had to: be overweight (body mass index of 25 or above); be aged between 18-65 years; have a waist circumference of >94cm for men and >80cm for women; have no changes in weight in the 3 months prior to recruitment date; and have no significant medical history. There were 41 participants, 24 following the 5:2 diet, and 17 following the traditional diet.

“Each participant was provided with healthy eating advice and individualised food portion lists by the researchers. Participants on the 5:2 diet were given 4 commercially available Lighterlife food packs, which provided approximately 25% of their estimated calorie needs. They ate these for 2 consecutive days and on the remaining 5 days they were advised to choose their own foods but asked to keep this healthy.

“The main outcome measured was changes to level of fats in the blood after eating. At the start of the study participants had blood samples taken following a 12-hour fast and following a liquid meal. They were then asked to follow their diets and return to the lab for the same test when they had achieved a 5% weight loss target.

“To ensure compliance with the diets, participants were contacted fortnightly by the study investigators via phone, email and/or text message, and had monthly face-to-face clinic appointments where their weight was recorded. Every 2 weeks participants were asked to complete questionnaires about their morning weight.

“It took 5:2 diet participants an average of 59 days to achieve their 5% weight-loss target and those following the traditional diet 73 days. However, the difference did not reach statistical significance.

“Neither were there any differences between groups in blood sugar control after eating. The 5:2 group did, however, have reduced triglyceride blood fats immediately after eating, a difference that just reached statistical significance.

“The researchers state: ‘Our preliminary data suggest that the mode of energy restriction may have different cardio-metabolic effects, which in turn could be important to long-term disease risk.’ They suggest the superiority of the 5:2 diet on blood fat levels after eating ‘now warrants targeted mechanistic evaluation within larger study cohorts’.

But the NHS Choices analysis responds: “This study does not provide strong evidence that there is a difference between the diets. While more people on the 5:2 diet achieved their 5% weight loss target, this was only a difference of 3 people. The 5:2 dieters also reached the target 2 weeks quicker than those following a traditional diet, but again this wasn’t a significant difference.

“The study did find some evidence that certain blood fats were lower immediately after eating for those following the 5:2 diet. However, it’s a big jump to say that this will have long-lasting effects and lower risk of heart disease.

“The study has several limitations: the sample size was very small and there may not have been enough people to reliably detect differences for many of the outcomes – making it difficult to know whether the results are valid or due to chance; weight and dietary compliance were self-reported, which may lead to inaccuracies – some participants may have been following their diet more closely than others; almost all the participants were white, which is an unrepresentative study population, especially as cardiovascular risk differs depending on ethnicity.

“Overall this study doesn’t tell us much about weight loss and the most appropriate diet, apart from very weak evidence in favour of the 5:2 diet for helping you lose weight quicker.

“It does reinforce the importance of achieving and maintaining a healthy weight, however you choose to do so, as this will prevent obesity-related disease.”