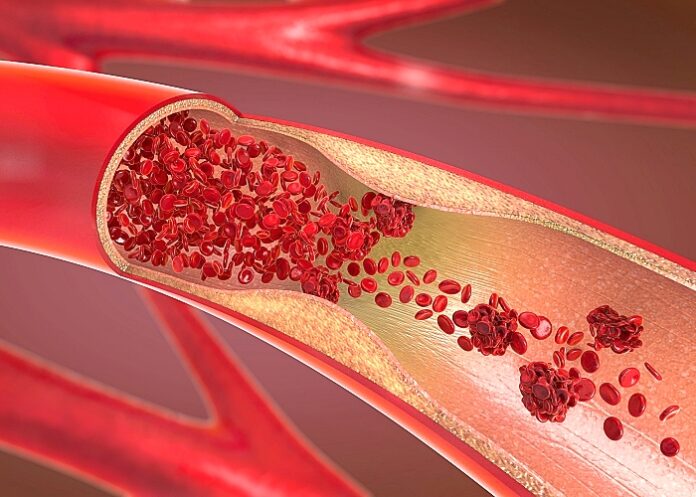 More than half of people living with HIV and suppressed viral loads nonetheless had imaging-confirmed coronary artery disease. But despite long-time use of HIV drugs associated with cardiovascular trouble, none of those drugs was implicated in disease risk, according to research presented at the 18th European AIDS Conference.

“Traditional risk factors and duration of HIV infection was associated with severe coronary artery disease,” said Dr Andreas Knudsen, an infectious disease provider at Copenhagen University Hospital, Hvidovre, Denmark, during his presentation. “When we adjusted for time since diagnosis of HIV, none of the drugs remained associated with the severity of coronary artery disease.”

Notably, that included abacavir, which was found in another EACS presentation and in past research to be associated with increased rates of heart attacks. Abacavir is sold individually as a generic as well as a component of Epzicom (abacavir/lamivudine) and the single-drug regimen Triumeq (dolutegravir/abacavir/lamivudine).

The Copenhagen Comorbidity in HIV Infection (COCOMO) study enrolled 1,099 people living with HIV in the Danish capital beginning in 2015, and 705 of them had angiographies via CT available to include in the results. Participants were mainly male (89%), at a healthy weight (BMI of 25), and 96% had undetectable viral loads.

Large minorities of participants also had traditional risk factors for coronary artery disease. More than one in four smoked, one in five had high cholesterol, and 42% had high blood pressure. In addition, many had used drugs associated with cardiovascular trouble, including abacavir, used by 26% of participants; indinavir, used by 17%; zidovudine/AZT, used by 47%; and didanosine, used by 14%.

(While abacavir is still in use, the other three drugs are considered legacy drugs and are not in current use.)

In addition, nearly one in three (29%) was currently using a protease inhibitor, which has been associated with heart failure.

When the investigators looked at participants’ CTs, they found that, by the Coronary Artery Disease-Reporting and Data Systems (CAD-RAMS) scoring system, close to half (46%) had clear arteries with no signs of coronary artery disease. But that also meant that 54% had some blockage or stiffening of the arteries. The good news is that 27% of those people had minimal or mild coronary artery disease.

Having diabetes was associated with a nearly threefold increased risk of atherosclerosis, as was every additional decade of life for a person who was living with HIV.

The findings confirm the baseline data of the REPRIEVE trial, which recently released data showing similarly high rates of atherosclerotic plaque in people living with HIV who didn’t register as “at risk” for cardiovascular disease using traditional scoring methods.

“It’s important in that it’s a huge study that's confirmatory [of] what we know, which is that there are high levels of subclinical coronary artery disease in people living with HIV,” said Prof Steven Grinspoon from Harvard Medical School in Boston, Massachusetts, and principal investigator of REPRIEVE.

As for the lack of association between abacavir and cardiovascular risk, he said he would take the findings with a pinch of salt. “It’s hard to make a lot out of that,” he said. “It’s hard to know in a cross- sectional study. People put people on different things.”

In Spain, where Dr Jose Ignacio Bernardino treats people living with HIV at La Paz University Hospital in Madrid, abacavir is mostly a moot point, as clinicians have long since moved away from maintaining people living with HIV on any abacavir-containing regimens. What’s more important in the study, he told Medscape Medical News, is that “worrisome” high level of risk. REPRIEVE will test whether statins can reduce heart disease events in people living with HIV. But in the meantime, he said the take-away for clinicians from the study is the primary importance of traditional cardiovascular risk factors.

Purpose
Coronary artery disease (CAD) is common among persons living with HIV (PLWH). The pathogenesis likely includes traditional and HIV-specific factors including combination antiretroviral therapy (cART). We examined if cART would be associated with CAD in PLWH.

Included from The Copenhagen Co-morbidity in HIV Infection (COCOMO) Study: all participants of COCOMO were offered a high-resolution research coronary CT angiography, and we included all participants with a coronary CT angiography. Questionnaires were used to obtain data on lifestyle and a physical exam was performed. Data on cART were obtained through review of medical charts. Scans were analyzed and reported according to the Coronary Artery Disease Reporting and Data System (CAD-RADS). We used ordinal logistic regression adjusted for a prespecified model including age, sex, hypertension, diabetes, and smoking status to investigate if HIV-related factors were associated with CAD.

Abacavir ART not increasing risk of myocardial infarction or CVD